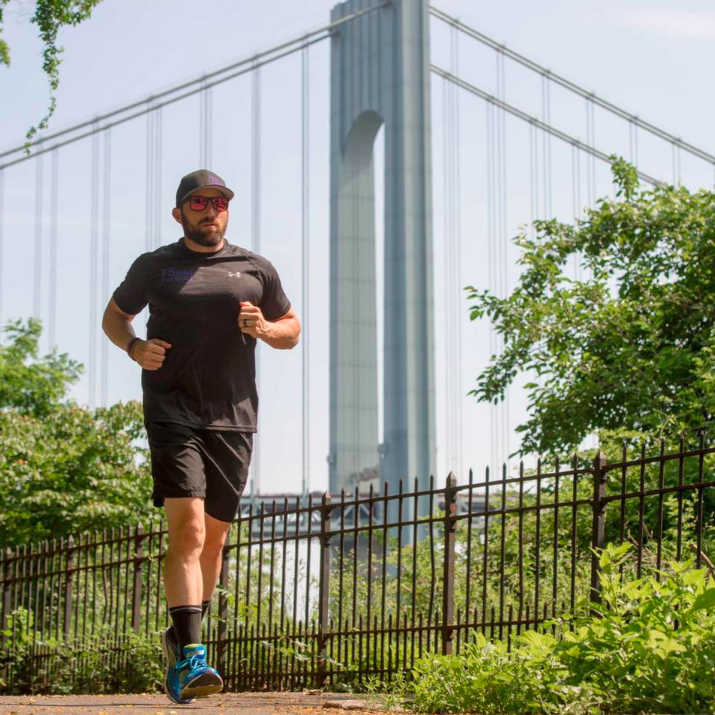 It was just the beginning. In November 2017 he ran 75 miles over 2 days to commemorate what would’ve been his grandparents’ 75th wedding anniversary. Halfway 2018 Jay had already raised another $50,000 for the Long Island Alzheimers Foundation.

He joined Lake Placid IronMan 140.6 on July 22, 2018 for all those caregivers who can’t quit and keep pushing forward. He got sick halfway through the swim. But he didn’t give up. On September 9 he picked up where he had to stop 6 weeks before and that day he finished his own Lake Placid IronMan 70.3.

On Saturday, November 2nd Jay will embark on his 100 Mile For Hope run, from Montauk to Plainview, in 1 day, and once again persevere to raise awareness about Alzheimer’s and LIAF’s programs.
Jay is running for his beloved grandmother who passed away this year, as well as all of the other families impacted by Alzheimer’s.

The 2019 Ann Asparro Virtual Run
You can join Jay from anywhere you are, which started October the 1st!
Runners can participate from all over the world for $20.
You just log your miles in on the honor system and run 100 miles as an individual or as a team up to of 5 runners.
Help Jay reach his goal of $100,000!