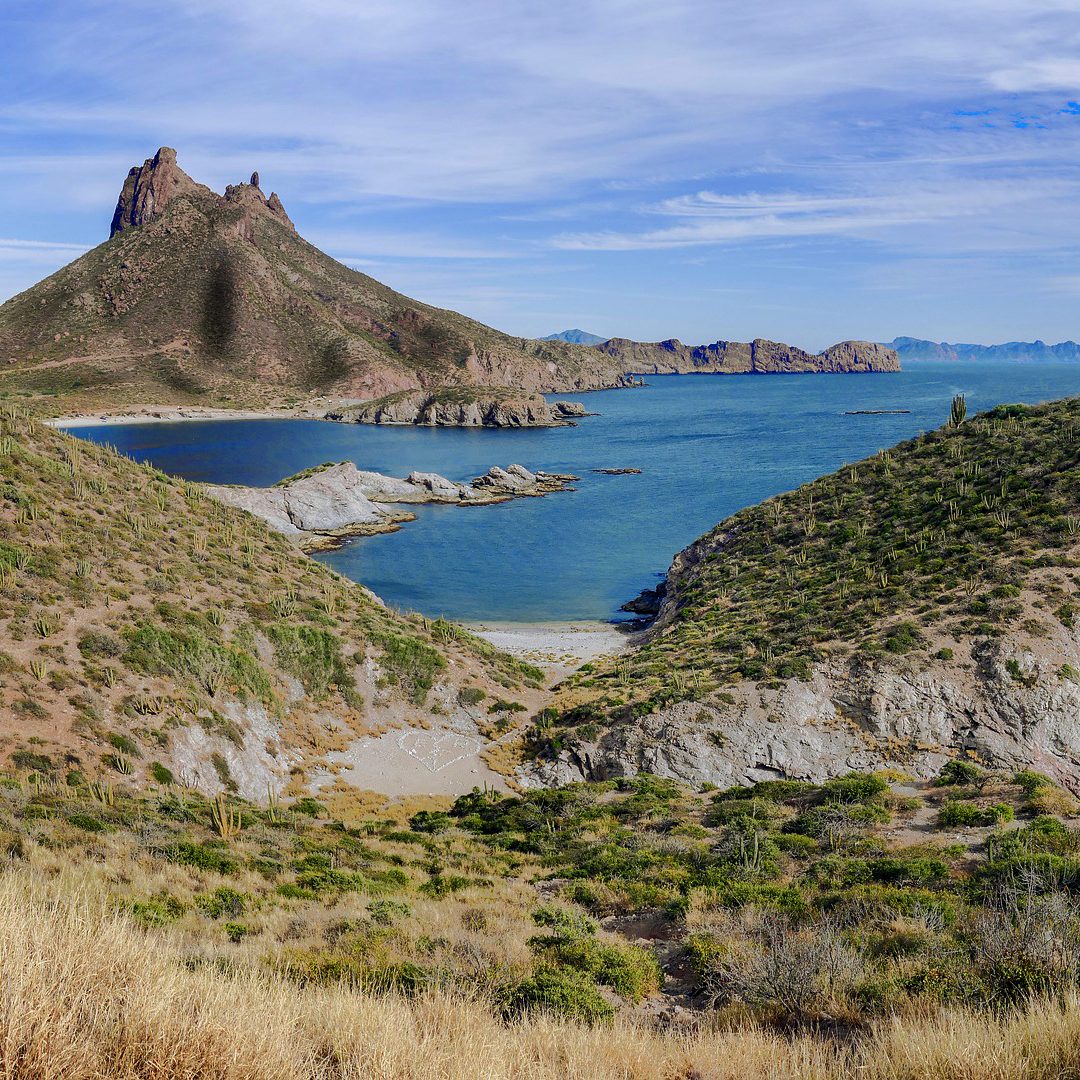 To celebrate his 28th birthday, Manuel Morato decided to run 56 miles (90K) along the Sea of Cortez in his homeland Mexico.
As a kid Manuel’s parents had taken him into the mountains and forests where they joined indigenous spiritual ceremonies with the Seri People. These experiences played a big role in his upbringing life so that’s why the goal of the trip was to run through the Sonoran Desert, while connecting with the indigenous Seri people of Sonora.

He had only run 2 marathons before but that didn’t stop him from dreaming Big. Four other adventurous runners jumped in as well.

What had started as running to stay fit, had evolved into running longer and longer distances, and then turned into running for passion and adventure. “Then I met people who were into running as an obsession, and so it became a bit of an obsession to me,” Manuel says.
“Along the way, I watched movies, pictures and live examples of people who just went out and did things, no questions asked, no hesitating involved. I also read about people who did these things and it sort of became more and more natural to me as I read about it more, and as I heard about it more. The Process was slowly being unfolded.
One day, out of nowhere, the thought just came very naturally to my brain: “Hey, I think I’m ready to run a very long race”. The thought came seemingly out of nowhere, but in reality, it was The Process that led me to that,” he explains.

He believes the Process allows us to become notable human beings and to transcend our own weaknesses and shortcomings.
Running 56 miles was another phase in Manuel’s Personal Process.

The 5 men took off on December 21, 2015, at 5:30 am, at Desemboque de los Seris. They were supported by a small crew in 2 cars, supplying them with water, bean burritos, quinoa, turkey breast and fresh spinach.
They took 3 long breaks and all had their moments of wanting to quit.
After 8:18 hours of digging deep, the so-called Aire Libre (Free Air) mission was completed when they arrived in Kino Bay, feeling very fulfilled.
It was only the beginning. Their spontaneous adventure turned into a responsible run & travel company.

One of the two main settlements of the Seri People is Punta Chueca on the coast of the Sonoran Desert in northwestern Mexico. Manuel remembers “With my Mom I visited Punta Chueca on numerous occasions, and I was also a witness of how she would regularly try to gather donations of food, used clothes and money from people in her social circles so that she could then take these resources to the Seris and thus help alleviate their notorious poverty. Punta Chueca is a place that has been forgotten by the urban society of Hermosillo, the state capital. For income, they depend on fishing, the sale of their crafts and tourists (many of them Americans and Europeans) who visit Bahía de Kino and the Sea of Cortéz. These economic activities fluctuate sometimes violently along the course of the year, leaving the Seris at the mercy of frequent downturns.”

So when the first Aire Libre trip was organized in 2017, people could donate clothes, food and money to support the Seris.

Since then they organized trips to other special places as well.
Aire Libre wants more people around the world to get to know unique cultures outside of the conventional tourist places, and for more people to be willing to support them through their projects.