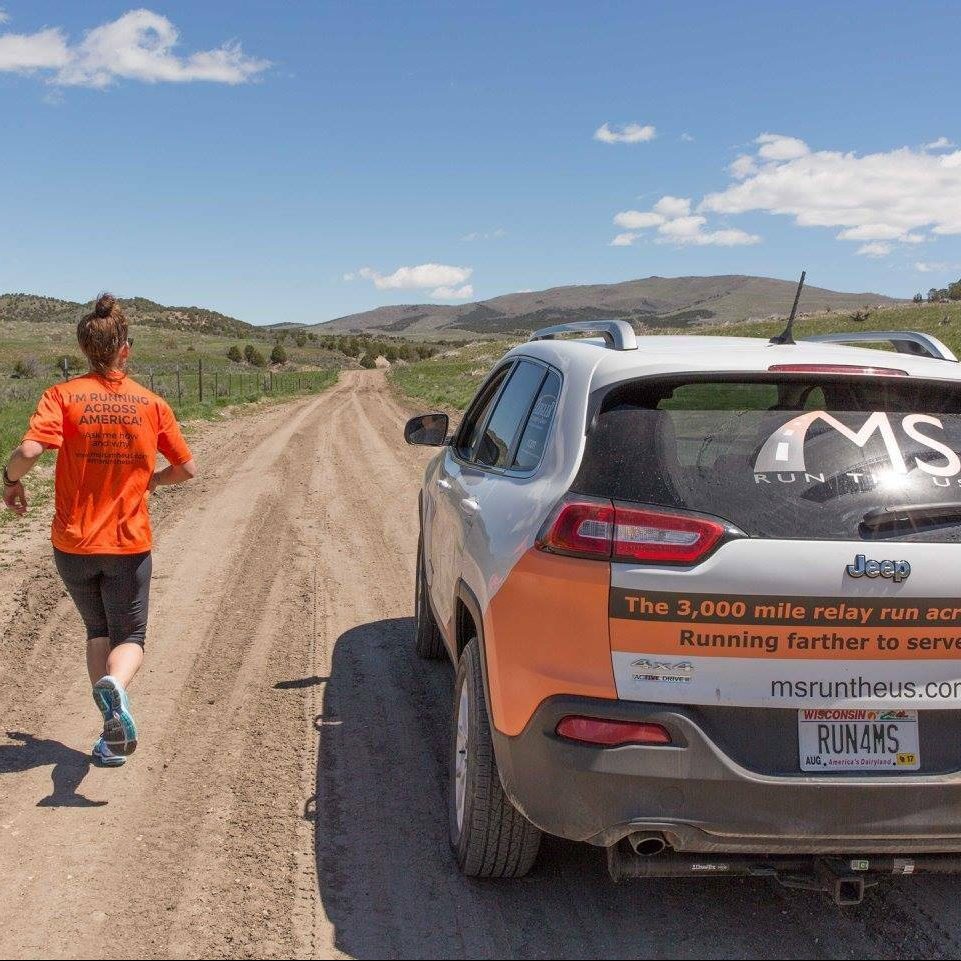 MS Run the US Virtual Relay

In 2013, MS Run the US launched its annual relay run across America for multiple Sclerosis (MS). The event started on April 15th in Santa Monica and was completed 3,100-miles and five months later in New York on September 6th, 2013. It was America’s first and only 3,100 mile relay run.

The initiator was Ashley Schneider, who had run across America in 2010 to raise money for Multiple Sclerosis (MS), a disease her mother suffered from. Ashley decided to turn her experience into an annual relay event, and MS Run the US was born.

The event engaged 15 runners from 10 different states and raised over $234,000 for Multiple Sclerosis (MS). Since then the MS Run the US Relay has continued as a yearly team event. Collectively since 2010 the event participants have run 24,012 miles across America and raised over $1.2 million dollars for the cause.

The Ultra Relay is now an annual, 19 segment, relay run stretching 3,260 miles across America for the MS cause.
The Relay begins each year in April in Santa Monica, CA and finishes in August in New York, NY.

Relay runners are selected via the online application process to participate as an individual segment runner as a part of the 19 segment relay.
To participate each runner commits to fundraising $10,000 over 10 months and to running approximately 160 miles over 6 consecutive days during his or her assigned relay segment.

Once selected each runner spends months training and fundraising with in-depth help from the organization prior to the event’s start, as they prepare to devote one week on the road while completing their segment’s miles. They are aided on the road by the organization’s road crew team. Each runner’s segment is logistically coordinated back-to-back as a part of the collective team effort to run across America.

Donations support the organization’s mission to raise awareness of the MS disease, aid research, and to help those living with disability due to MS.

Whether you’re a relay runner committed to running 160 miles in 6 days, or an Ambassador running your first 5K, our organization thinks BOLDLY about testing our limits and raising funds along the way.

Are you ready to take on an epic challenge to do something about multiple sclerosis (MS)?

Coronavirus update, 2020
The relay is moving forward VIRTUALLY this year!

Each segment runner will be creating their own version of the relay in their hometown to continue our goal of raising awareness. We will be sharing what they will do (the creativity has been incredible) along with their experience as we move to our first-ever virtual relay. It all begins May 31, 2020.