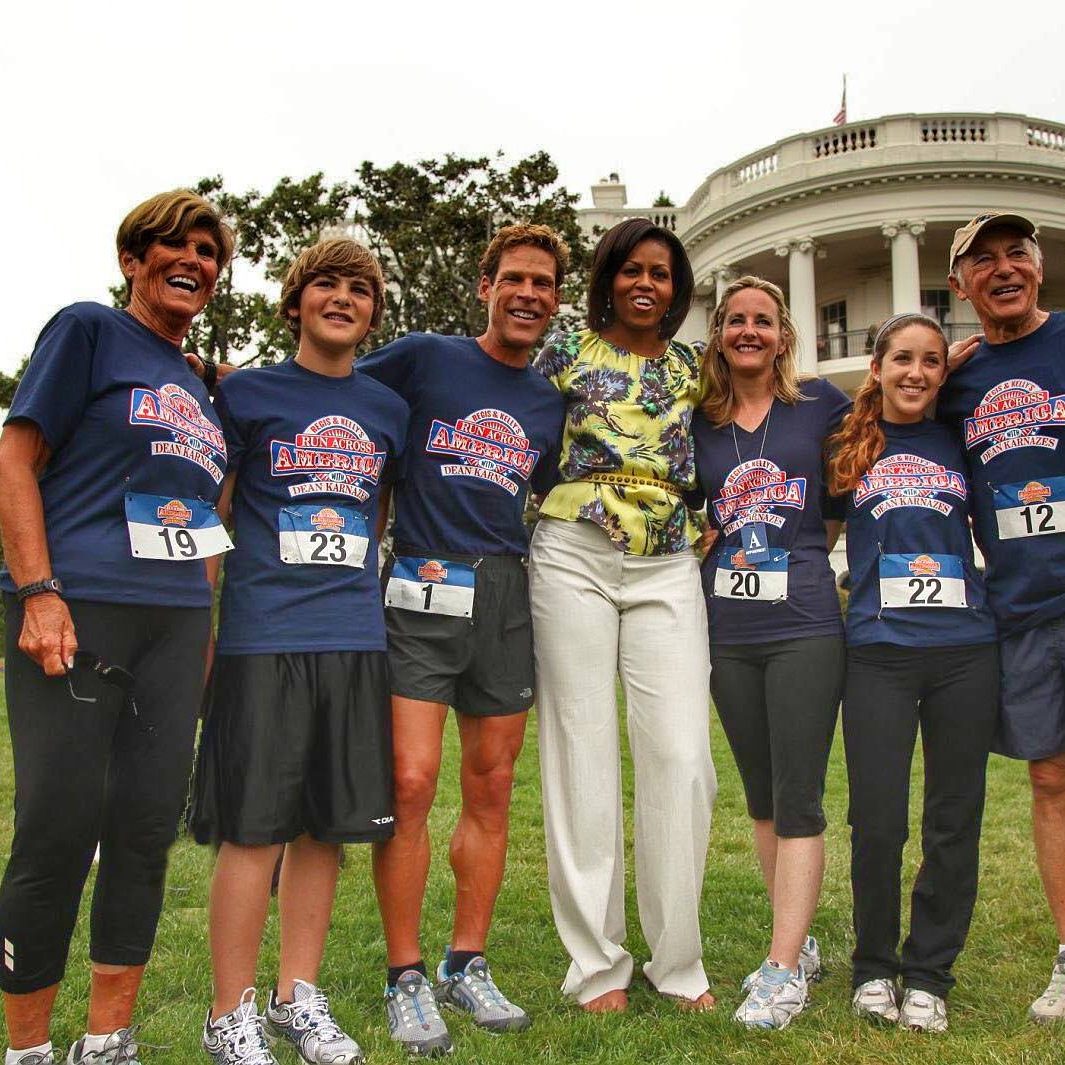 5 years after his successful Endurance 50 Dean Karnazes initiated a new challenge to get America up and running.

On February 3 2011, the popular morning talk show “LIVE! with Regis and Kelly” announced the ambitious undertaking of “Regis & Kelly’s Run Across America with Dean Karnazes,” a coast-to-coast challenge of the ultramarathon runner, author and motivator to inspire Americans to get up, get active and get healthy.

When Dean gave a motivational talk at a school in 2007, he was surprised to see a bucket full of used needles in the restroom. “So I asked the teacher, and she said, ‘A lot of kids here are insulin-dependent diabetics because of their weight.’ I couldn’t believe it. It was so sad.”

“My whole idea is to really shake people up, to break through,” Dean said about his journey. “To do that, you can’t just run a 5K.”

Beginning in Southern California on February 25 with a spectacular kick-off event at The Disneyland Resort that was broadcasted that morning on LIVE, Dean undertook the unthinkable and ran nearly 3,000 miles, averaging an unbelievable 40-50 miles daily, nearly the equivalent of two marathons every day. From California, he made his way cross-country through the Southwest, passing through Arizona and New Mexico on his way to America’s Heartland. After running through Kansas, Missouri, Indianapolis and Ohio, he’d head down to the nation’s capital, then travel north through Maryland and Pennsylvania, before completing his journey in mid-May when he ran into LIVE’s New York City studio, live on the air.

He would stop at schools and health clubs along the way to speak about fighting what he calls “globesity”, a problem that has grown to tragic proportions, especially among children. In Karnazes’s home state of California alone, between health care and lost productivity, obesity costs $41 billion a year, and it’s estimated that one-third of American children, 25 million, are overweight or obese.

In addition to sending an important message about health and fitness, the run also benefited Action for Healthy Kids, a US nonprofit and volunteer network fighting childhood obesity and undernourishment. Action for Healthy Kids helps schools become healthier places and teaches kids to eat right, be active every day and ready to learn.
Being an advocate for physical activity and healthy eating as well, Michelle Obama was inspired by Dean and invited him to the Whitehouse when he passed along.

As he ran, LIVE’s viewers could follow Dean’s challenges and triumphs. LIVE covered every step of the way, with regular live and taped video updates from the run. Dean also maintained an on-going blog on the LIVE website, and tweeted messages and photos from the road so viewers could keep track of his incredible odyssey.

Three key partners joined LIVE and Karnazes to make “Regis & Kelly’s Run Across America with Dean Karnazes” possible. In conjunction with its Way to Well Commitment, Walgreens provided health checks for Karnazes as he made his way from California to New York and provided wellness supplies for the three-month run. Eucerin was partnering with LIVE to build awareness of their “Skin First” mission, by encouraging people across the country to make skincare an essential part of their daily healthcare routines, as well as providing skincare tips and advice to viewers throughout the duration of the run.
And OnStar provided GM vehicles equipped with its full range of services, keeping Karnazes and his team connected and safe at all times.

“We first got to know Dean in 2008 when he tried to break a world record on our show, running more than 211 miles on a treadmill over a 48-hour period. The entire staff was amazed and inspired by him,” said Michael Gelman, Executive Producer, “LIVE! with Regis and Kelly.” “This is an incredible opportunity for us, to be working with a role model like Dean Karnazes on such a positive effort: encouraging fitness, fighting against childhood obesity, and hopefully inspiring our viewers to live healthier lives.”

“America needs to reclaim its health,” noted Karnazes. “LIVE is bringing light to this critical situation and I am glad to be part of it. Let’s run!” 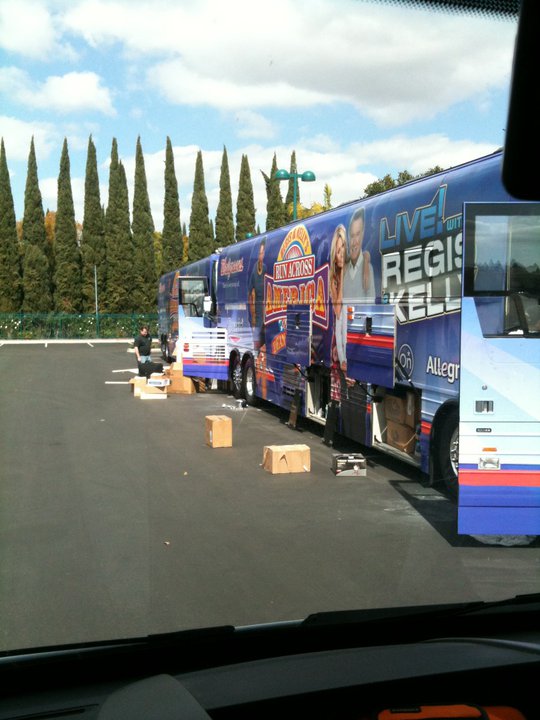