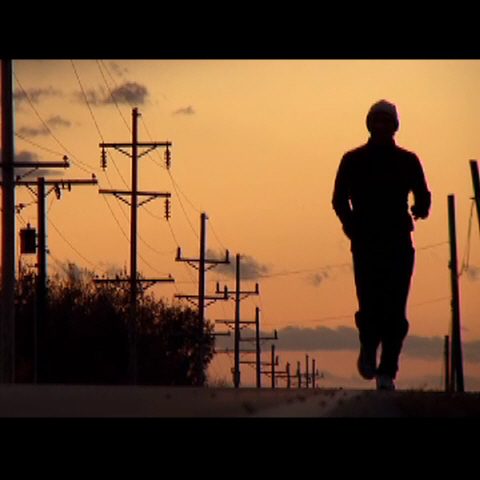 Marshall Ulrich has run more than 100-foot races averaging over 100 miles each, completed 12 expedition-length adventure races, and ascended the Seven Summits, including Mount Everest, all on his first attempt.

Yet his 3,063.2-mile run in 2008 from San Francisco to New York, the equivalent of running two marathons and a 10K every day for nearly two months straight, proved to be his most challenging effort yet.
His journey across America at the age of 57, took him 52,5 days and 32 pairs of shoes.

Featured in the documentary film Running America, Marshall clocked the 3rd fastest transcontinental crossing to date and set new records in multiple divisions. In his book Running on Empty, he shares the gritty backstory, including brushes with death, run-ins with the police, and the excruciating punishments he endured at the mercy of his maxed-out body.
He gives a fascinating glimpse inside the mind of an ultramarathon runner who’s facing the toughest challenges, overcoming debilitating setbacks, and finding deep fulfillment in something greater than achievement.
The death of the woman he loved drove him to begin running 30 years before and taught him that he felt truly alive only when pushed to the limits.

Marshall set new Masters and Grand Masters records and recorded the third-fastest crossing of the United States on foot.