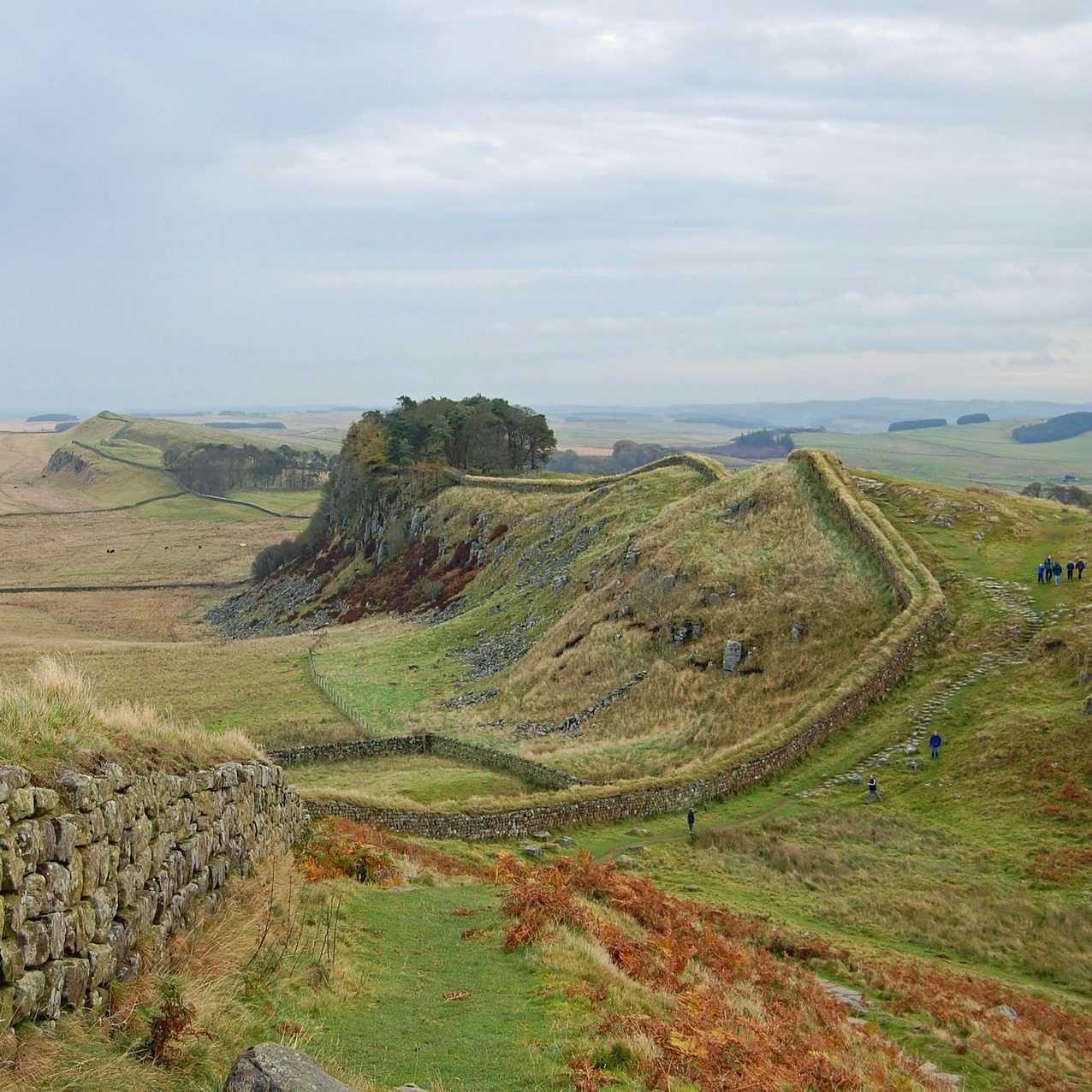 In April 2014 Anna and her friend and history teacher Lydia Birch set out to run 86 miles along the Hadrian’s Wall trail in the North of the UK.

They ran dressed as Roman soldiers and went into schools in London afterward to tell kids all about the history of Britain’s oldest wall.

Hadrian’s Wall, also called the Roman Wall, Picts’ Wall, or Vallum Hadriani in Latin, was a defensive fortification in the Roman province of Britannia, begun in AD 122 in the reign of the emperor Hadrian.
For around three centuries, Hadrian’s Wall was a vibrant, multi-cultured frontier sprawling almost 80 miles coast-to-coast. Built by a force of 15,000 men in under six years, it’s as astounding today for its sheer vision as it is for its engineering. Milecastles, barracks, ramparts and forts punctuate a diverse landscape that provides a dramatic backdrop.

Although most of the terrain is relatively easy, the 23-mile central section between Chollerford and Birdoswald is hilly with a series of short, sharp climbs and descents following in quick succession. Finding your way along the National Trail is easy; you can rely both on the familiar acorn symbol, as well as marking arrows.

To encourage youngsters to step outside and discover the wonders on their doorsteps the two ladies shared the great history about this World Heritage Site through an online lesson they created.

“We’ve learned loads, both by reading as we went along, and taking so many pictures; we’ve gained a great appreciation of the scale of it and of the need for conservation,” said Anna.

“Before it was a World Heritage Site, parts of Hadrian’s Wall were under threat and it would have been such a shame to lose it.

It’s important to restore and maintain what we have because it’s such an important part of our history, and you don’t realize how close we’ve come to destroy it.”