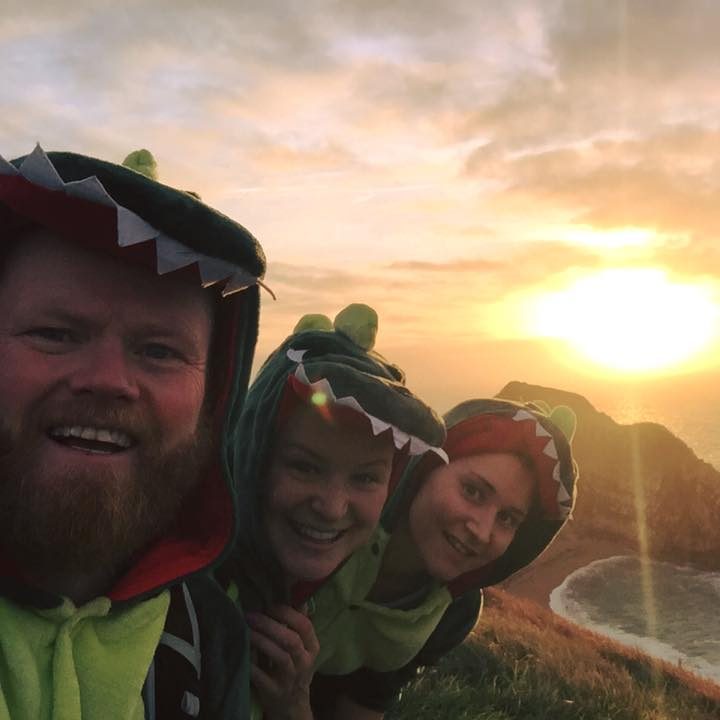 In December 2015 Anna McNuff decided to do a 96-mile jog along the Jurassic Coast through the British countryside.
She was joined by fellow Roman runner Lydia and star of BBC2 SAS Ultimate Hell Week, Danny Boy Bent, all dressed as a dinosaur.
They started at the western gate in Exmouth and ran to Old Harry Rocks at the Eastern end of the Jurassic Coast.

The hugely diverse and beautiful landscape is underpinned by incredible geology of global importance. In 2001 it became a World Heritage Site.
Rocks across 95 miles of this coastline record 185 million years of history.

“These are the days I will take to my grave. Wind. Mud. Rain. Britain is beautiful. #GetOutside & explore!” Anna wrote about the adventure.