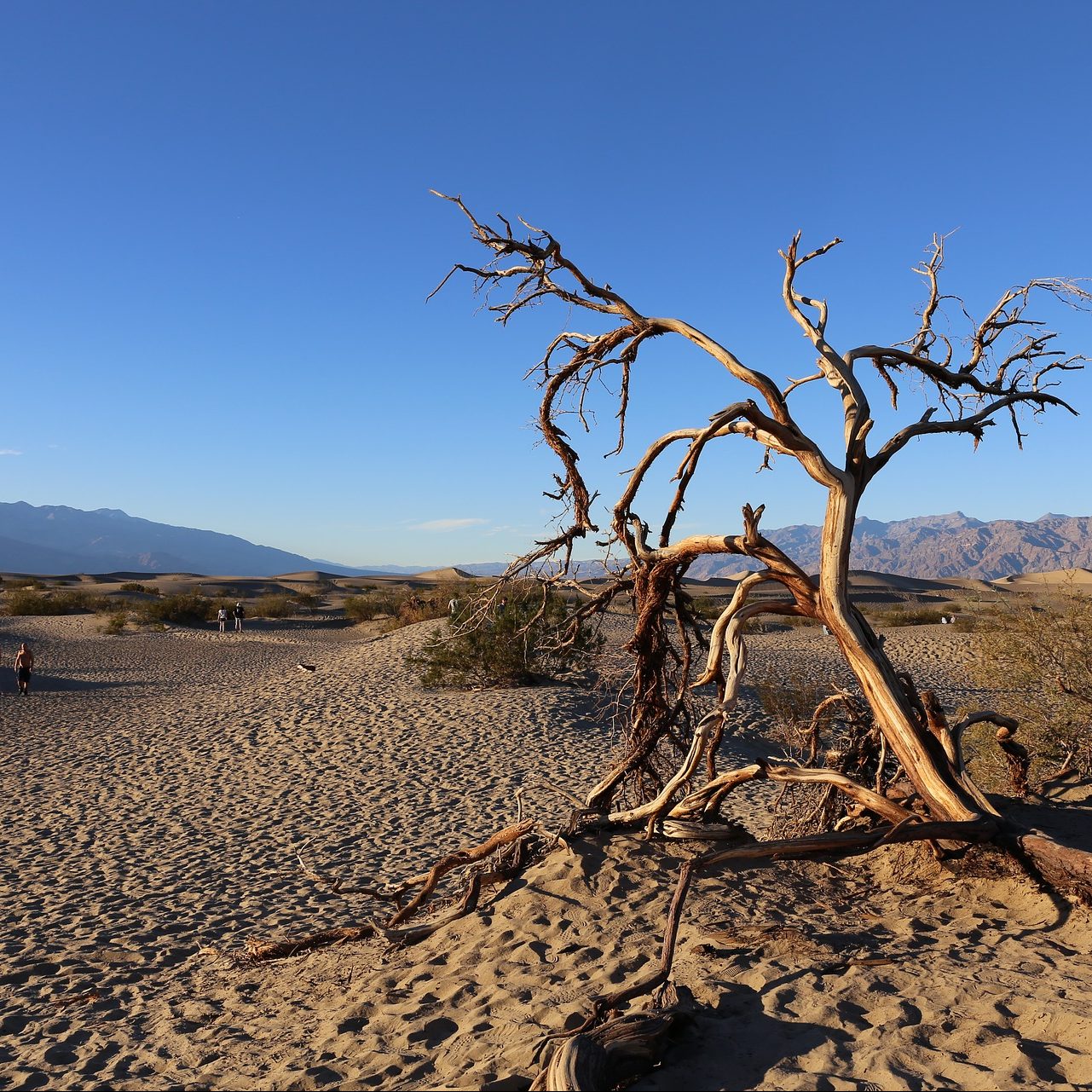 Extreme endurance athlete Marshall Ulrich and firefighter Dave Heckman have finished an unprecedented expedition, going on foot around the entire perimeter of Death Valley National Park during the hottest part of the summer, completely unaided and unassisted. They began on 22 July and finished just over 16 days later on 7 August.

Others have trekked in this area, but no one has attempted to circumnavigate the park, and certainly not during the height of Summer when the threats of dehydration and heat stroke are dire. (To grasp the gravity of this, consider that, on the same day Ulrich and Heckman finished their trek, another accomplished ultrarunner died in Death Valley after just a few hours under the blazing sun.)

To survive the scorching temperatures, which exceeded 120F, and be self-sufficient even as they moved through remote areas, crossed six mountain ranges with a total of about 40,000 feet of elevation gain, and covered approximately 425 miles, the men had buried water, food, and supplies along their route two months earlier.

Most, though not all, of the 37 caches were intact when they dug them up. One was dry — all the water had leaked out — and a few had been invaded by insects, which were desiccated by the cayenne pepper the guys had included to deter pests. Fortunately, none of this turned into an emergency, and they had enough water and food to sustain them throughout the journey.

Still, at 5’9″, 61-year-old Ulrich lost 10 pounds, and Heckman, who is 5’11” and 38, lost 25 pounds. They attribute the rapid weight change primarily to the exertion required to complete 20 to 34 miles a day in an extreme environment: their bodies adapted, becoming more efficient at moving and cooling themselves. The two men shared highs and lows, including a period when they questioned whether they would survive, and are grateful for all of their experiences.

More than anything else, they encountered solitude.

Ulrich remarked, “It’s amazing how self-sufficient you can become. When you strip away all the luxuries we’re accustomed to in day-to-day living, you realize how little you really need, how distracting a lot of that stuff is, and how it gets in the way of a certain peacefulness you can find within yourself without it.

“Probably the most beautiful thing we experienced was waking up at night and realizing that our only ceiling was the stars.”

This groundbreaking circumnavigation of Death Valley National Park constitutes a previously unimaginable feat, but it’s hardly Ulrich’s first successful outing. He’s known as “the king of Badwater” by runners who have tackled the 135-mile race that National Geographic called the toughest in the world: the Badwater Ultramarathon is run at the height of summer through — you guessed it — Death Valley. He’s completed the Badwater course more times than anyone else, won the race more times than anyone else, set records there and still holds the record to the summit of Mount Whitney, and was the first to run it four times in a row as well as run it solo, completely unaided and self-supported. He’s competed in more than 100 races of more than 125 miles each and a dozen multi-day adventure races around the world. In his fifties, Ulrich summitted the highest peaks on each continent, including Mount Everest, on first attempts.

Without question, his toughest undertaking was at age 57, when he went 3,063 miles on foot, running an average of more than 58 miles a day for 52 days straight, from San Francisco to New York City. He was attempting to break a world record established by a man half his age, and he ultimately set two new records by completing the third fastest trans-American crossing in history.

Even with all these prior adventures behind him, when Ulrich first heard Heckman’s idea to circumnavigate Death Valley National Park on foot, he thought it was not only crazy but impossible. After doing it, though, Ulrich happily admits he was only half right. Heckman insists this was one of the best ideas he’s ever had, second only to getting married and having kids.