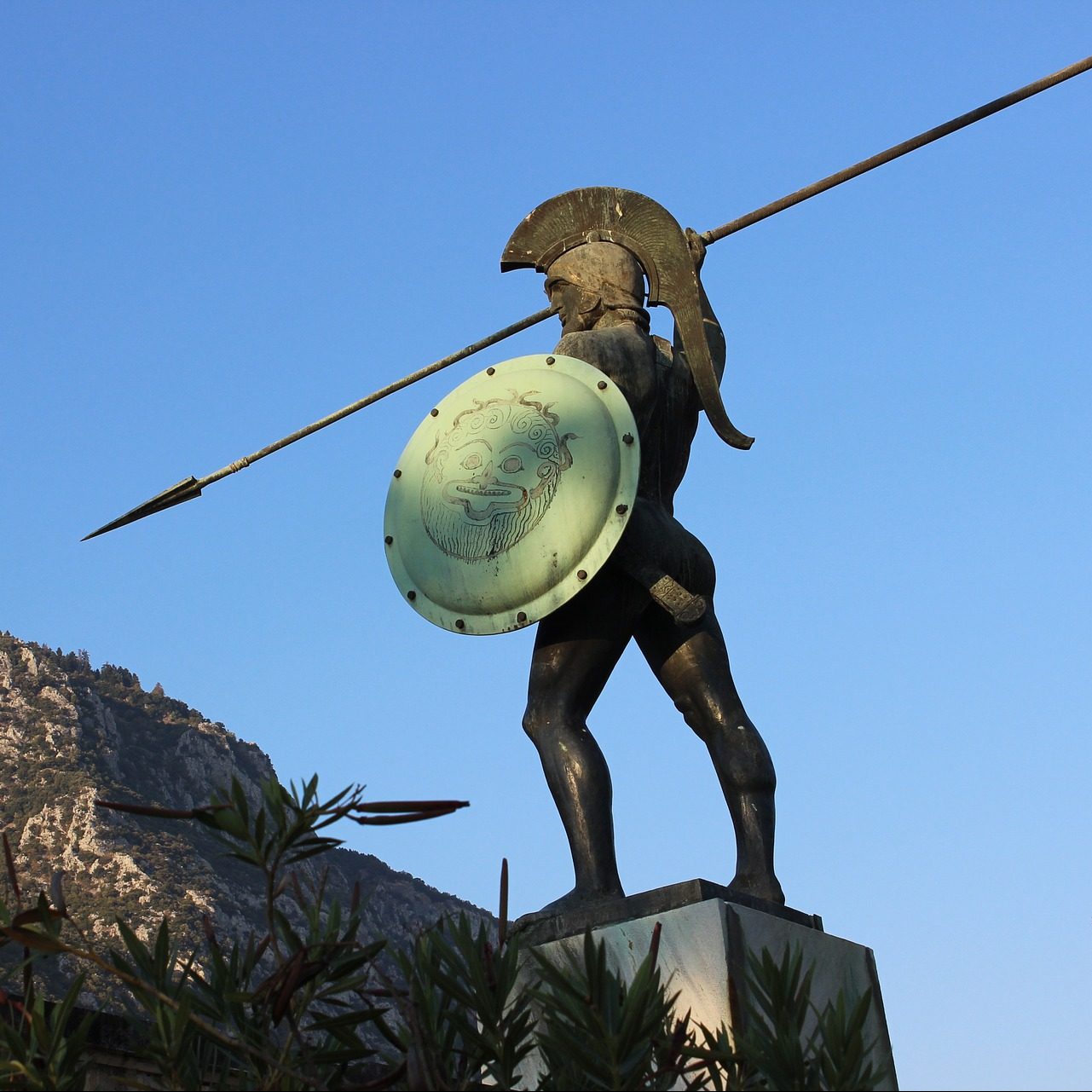 “I’d like to think myself as a messenger. I want to inspire, give the message that something is doable, it is not improbable…everything is possible as far as I am concerned as long as you go for it.”
Yiannis Kouros

Until more efficient ways of transport were developed, running was a common way to transfer a message.Especially in times of war it was important to have couriers with strong endurance, who could cover long distances as fast as possible.
One of the most famous battles in world history was the Battle of Marathon, that took place 490 B.C. in Greece. It constituted a landmark and a starting point in the history of civilization.

The great historian of antiquity Herodotus (490 B.C.) described the details of the Battle of Marathon.He mentioned Pheidippides, an Athenian messenger (530 BC–490 BC), who was sent by his generals to Sparta, hoping to get military aid to reinforce the Athenian forces against the forthcoming Asiatic incursion.

Running the message
The traditional story tells that Pheidippides ran about 240 km (150 mi) in 36 hours. He then ran the 40 km (25 mi) from the battlefield near Marathon to Athens to announce the Greek victory over Persia in the Battle of Marathon (490 BC) with the word νικῶμεν (“We have won”), then collapsed and died, probably from exhaustion and dehydration and lack of fuel.

Spartathlon is the event that brings this deed to attention today by drawing a legend out of the depths of history. Four English men followed the route description of Herodotus to find out or this was possible for a human being. They indeed managed to finish within 36 hours. The historical Spartathlon was born.

Since 1983 this race takes yearly place on the last Friday in September and attracts Ultra Runners from all over the world. All members of the International SPARTATHLON Association (ISA) and all participating in the organization of the Spartathlon race are volunteers.

Running in the footsteps of Pheidippides
Described as the world’s most grueling race, the Spartathlon runs over rough tracks and muddy paths (often it rains during the race), crosses vineyards and olive groves, climbs steep hillsides and, most challenging of all, takes the runners on the 1,200 meter ascent and descent of Mount Parthenio in the dead of night. This is the mountain, covered with rocks and bushes, on which it is said Pheidippides met the god Pan.

The route
The race starts from the foot of the Acropolis in Athens. You’ll run along the coast towards Corinth via Elefsis, Megara, and Kineta, then via ancient Corinth, Nemea, Lyrkia.

There is still no pathway over Mount Parthenion that is swept by strong winds with temperatures as low as 4°C. The ascent is marked out by a trail of battery-driven colored flashing lights and its challenge is a trial for human stamina and mental strength.

The last sections follow a road toward Nestani and Tegea that winds up and down hills before descending into Sparta. Even the most experienced athletes start hallucinating as they cover these final stages. Having lost all sense of time and reality, they are “on automatic” as they push their bodies.

You’ll finish in Sparta by kissing the feet of the Leonidas I statue, the Spartan king who died at the Battle of Thermopylae after fighting the Persians for ten years.

The award for completing the prestigious race is a laurel wreath.

Only about a third of the runners who leave Athens end the course in Sparta. Those who succeed have trouble finding words to describe their feelings, after training for years to get fit enough both physically and mentally to meet the race’s demands.

Yiannis Kouros is the number one Ultra Marathon runner, having broken more than 160 world records. All of these records remain unbroken until today.
When Yiannis was 51, he broke his own world record though, which he made 21 years earlier!

Qualification requirements
To apply to Spartathlon 2020, runners need to have fulfilled at least one of the following criteria within the years 2018, 2019 or 2020 (up to February 25th):

Registration
Participation applications for the Spartathlon lottery will begin on January 20, 2020, and will finish on February 25, 2020. To apply you need to follow the criteria as summed up on their website.
Runners who have achieved a performance which is AT LEAST 25% better than one of the participation prerequisites, will be definitely accepted. For the rest of the runners, balloting will take place in order to reach 390 participations. A waiting list will also be formed to replace runners who can not finally participate.

The video in this article is embedded with permission of the International Spartathlon Association (I.S.A.) which holds all copyrights.