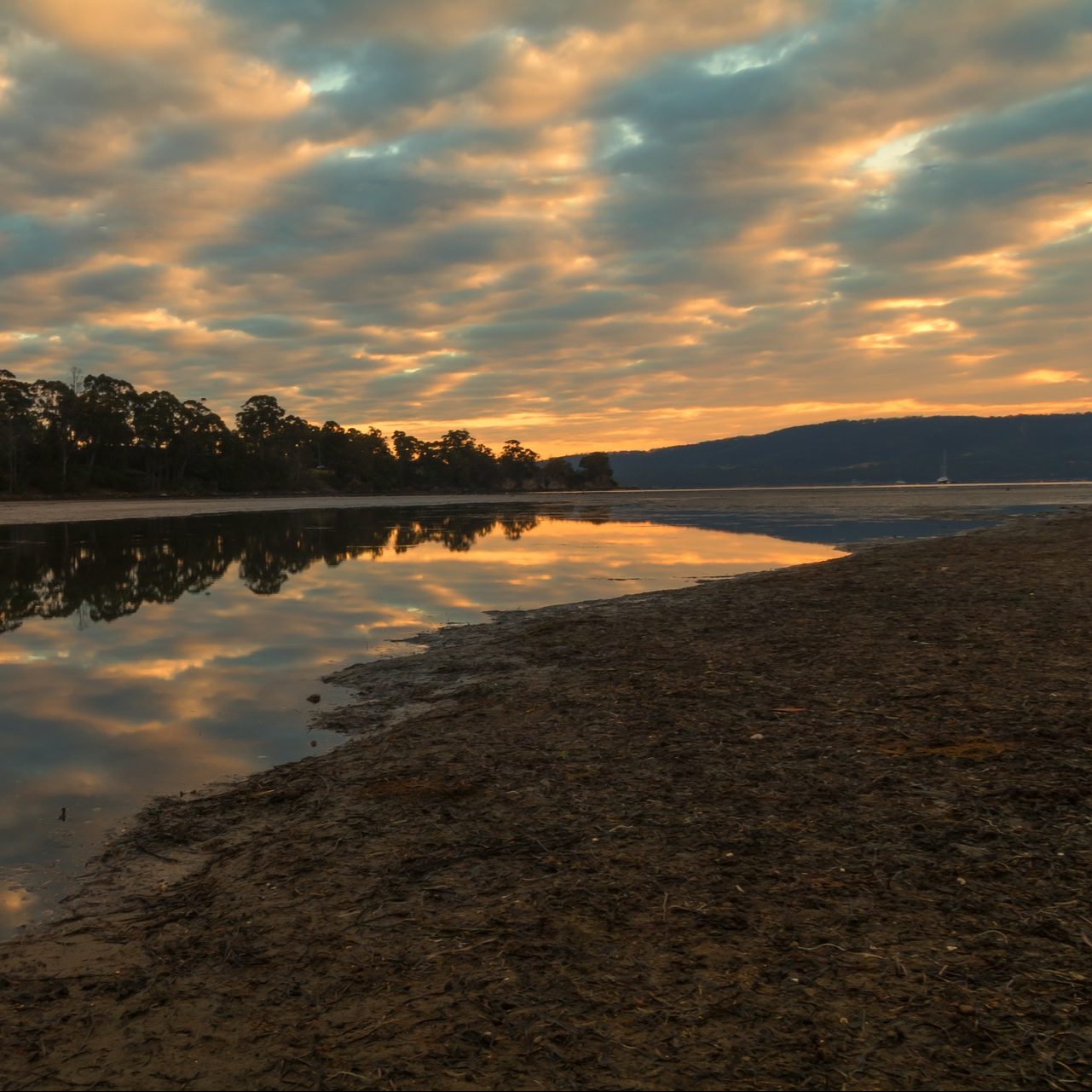 Run to Save Takayna ultramarathon

The first 65K Takayna ultramarathon and Takayna 22K was held on April 5th 2019. These runs traversed grass plains, amazing sands tracks along rugged wild coastlines and bush tracks.
Race registration for 2020 is open and is strictly limited to the first 150 runners.

The Tarkine is a vast wilderness area supporting Australia’s largest tract of cool temperate rainforest, spanning wild windswept beaches, extensive button grass plains and pristine wild rivers. It is of great significance to Tasmania’s Aboriginal people and a relict of the ancient continent of Gondwana and related to temperate forests in Patagonia and the South Island of New Zealand.

“Takayna/Tarkine remains today a rare gem of natural intactness in a world where the destruction of wild nature is rampant and accelerating. It should also be one of the easiest in the world to protect. Comprising just seven percent of Tasmania, the Tarkine contains the nation’s largest temperate rainforest, a galaxy of its rare and endangered wildlife and some of the richest Aboriginal heritage in the hemisphere. The latter has been inscribed on the list of National Heritage. The cleanest air in the world, as measured by the nearby UN monitoring station, blows across the Tarkine’s shores,” says Bob Brown.

“Nature is the salve for our souls. We owe it to everyone who comes after us and ourselves,
to protect what little is left of wild nature …”
Bob Brown

Our campaign for The Tarkine is calling for its recognition as a National Park and World Heritage Area and is taking strategic and considered action step by step to reach this goal by 2020. We need your help to do this.

The Bob Brown Foundation is calling for a logging halt in Tasmania’s wilderness tracts of old growth forests and the ancient rainforests of Takayna/Tarkine.
“After we revealed the clear-felling of old growth rainforest in Takayna/Tarkine last January 2018, the Tasmanian Government continues to ignore the climate emergency and extinction crisis that outdates these appalling practices in our environment,” Bob Brown Foundation Campaign Manager Jenny Weber said.

What if running could save a rainforest
Weaving together the conflicting narratives of activists, locals and Aboriginal communities, and told through the experiences of a trail running doctor and a relentless environmentalist, this documentary about running doctor, conservation photographer and environmentalist Nicole Anderson, presented by Patagonia Films, unpacks the complexities of modern conservation and challenges us to consider the importance of our last truly wild places. 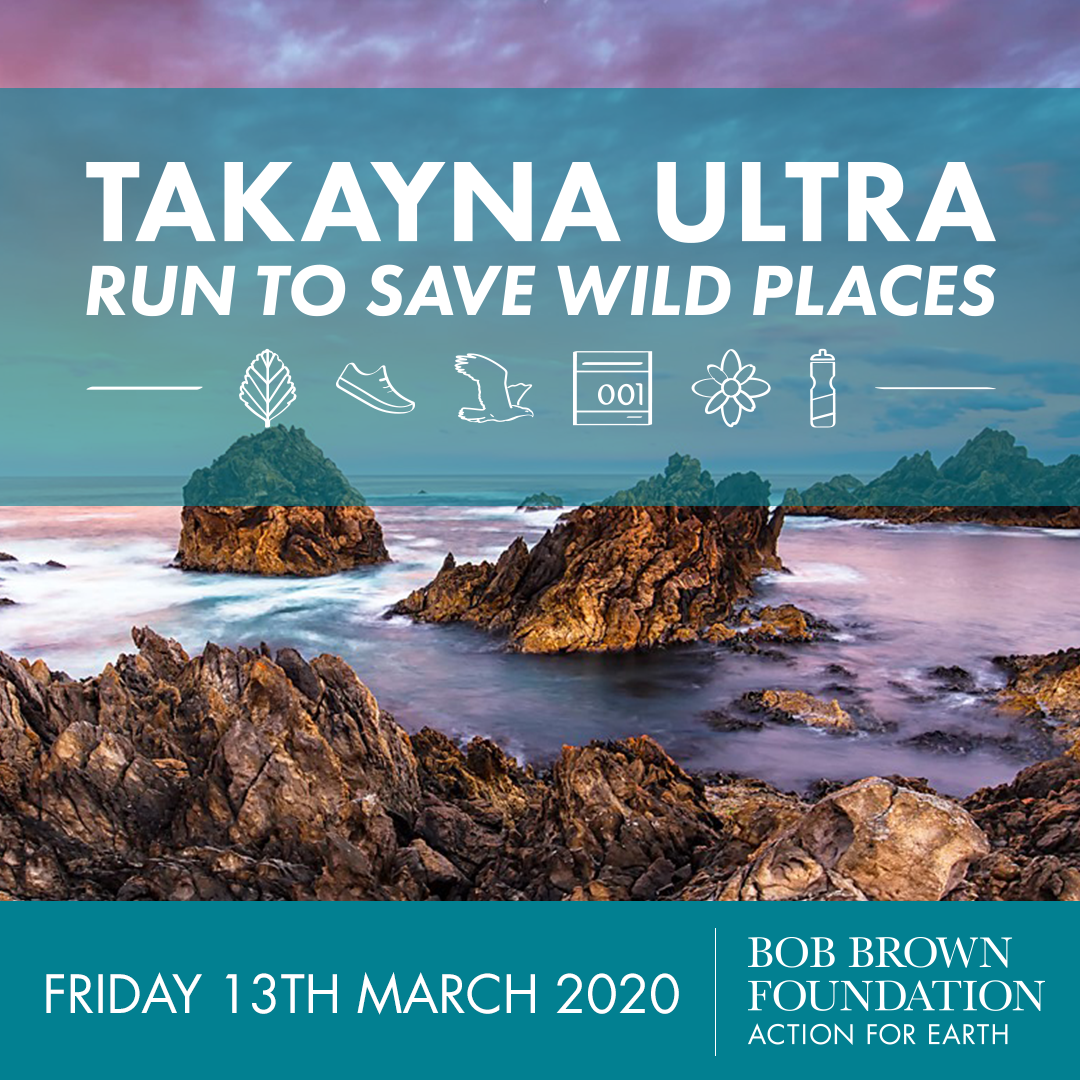 Join one of the two running events of 65K or 22K and help save Takayna/Tarkine from logging, mining and off-road vehicle damage.
This event will raise money to support the Bob Brown Foundation campaign to have Takayna/Tarkine protected as a World Heritage listed National Park, returned to Aboriginal ownership.

To qualify you must have completed any 50km ultramarathon (such as UTA 50) or longer than 50km (such as Bruny Island) and finished within race cutoff time in the last three years.

Takayna 22K
Starting at the Edge of the World, booming surf and wild currents at the mouth of the mighty Arthur River with the bowels of the Takayna forests strewn grey as driftwood, the coast is wild and ragged but somehow gentle and gracefully sculpted.
Along wide open beaches and old 4WD tracks up the rocky coast, kelp stinkbowls await and the shorebirds cajole. You will pass through one of the most extensive tracts of Aboriginal heritage there is, mostly unseen to the untrained eye. This run takes you across the wild Takayna / Tarkine to Nungu / West Point.