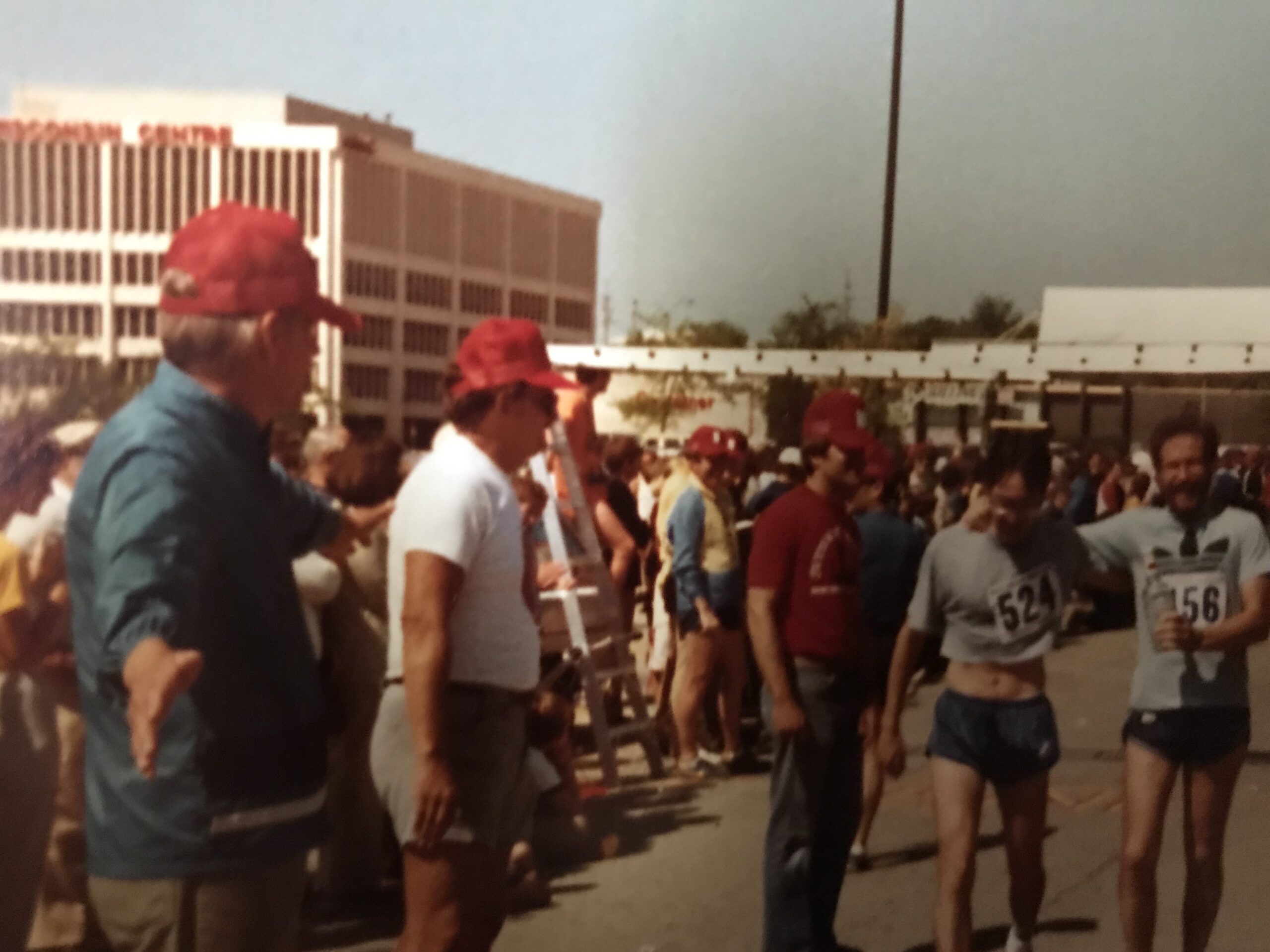 Legendary ultrarunner Roy Pirrung is on a mission to finish a race in all 50 US states, on all 7 continents, and last but not least, to complete all World Marathon Majors.

At age 32 Roy was living an unhealthy lifestyle, being active, overweight, smoking and drinking. But inspired by an obese woman who ran past his house every day, Roy Pirrung started making miles to lose weight.
Gradually he became fitter. It changed his life forever.

“My first race was a marathon in 1981. It was the Mayfair Marathon in Wauwatosa (a suburb of Milwaukee, WI).” He crossed the finish line first (3:16:33) with Joe Finn, holding a bottle of Smirnoff Vodka with only a couple of ounces left. “What a finish!” Roy says.
“After finishing,  each took a celebratory drink and went our separate ways. I have not seen or heard from Joe, since.”

Now Roy has completed a race in 32 US states and the federal district of Washington D.C., and 3 of the 6 Marathon Majors, in New York, Chicago and in Boston.
“Berlin, London and Tokyo are difficult to get into, but I’ll do what I need to and get them done,” Roy says. Registration for Tokyo 2020 is already closed so it will take at least until 2021 before Roy can finish his global project.
To complete the 7 continents he has to run a race in Antarctica and Oceania.

In April 2015, he completed his 1,000th race at the 119th Boston Marathon, and celebrated by running the course a second time that day.
For Roy, Boston is more than just a race. In 2007, two days after he finished his fourth Boston Marathon, his wife Gail passed away. He has run Boston every year since in her memory.

Roy is an advocate for healthy living and aging. As a runner who’s still performing on a high level in his seventies, he shows people around the world that it’s never too late to change their life.

Roy is very active in society.
He’s been involved in US running associations to raise funds to grow participation in the mountain, ultra and trail community.
In 2018 Roy was honored as a Hometown Hero by the Wisconsin State Assembly because of his numerous community attributions and impressive athletic achievements:

He has helped raise thousands of dollars as co-chair of the Road America Run-Walk for the American Cancer Society. He is a decorated veteran and throughout the years he’s been a coach for the Special Olympics, a supporter of Meals on Wheels, Nourish Farms and the Sheboygan County Food Bank.