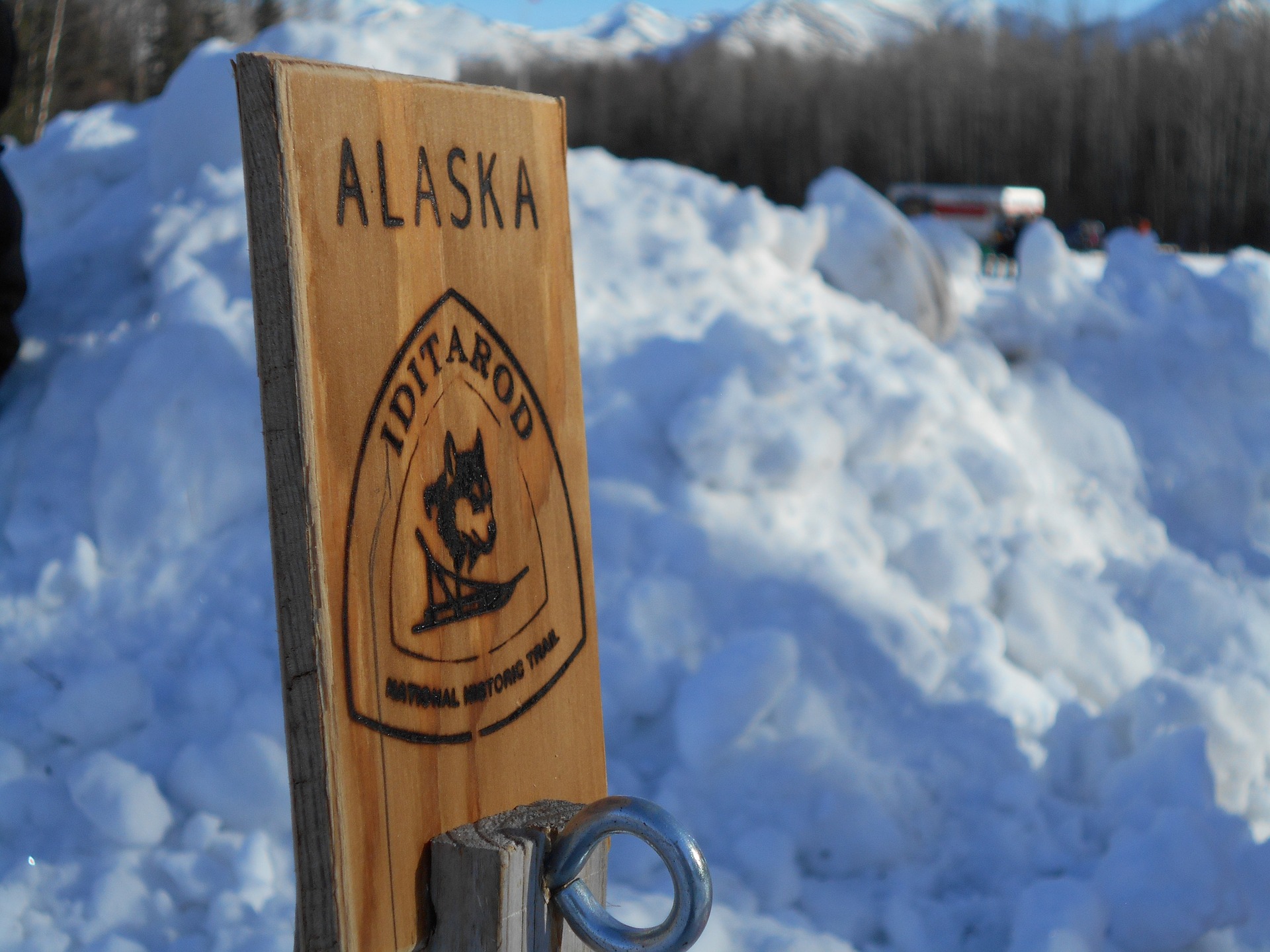 The ITI follows the historic Iditarod Trail from its trailhead at Knik Lake near Anchorage to the remote interior village of McGrath, continuing to the Bering Sea before reaching the trail’s conclusion in Nome.

The Iditarod Trail Invitational (ITI) has race distances of 350- and 1,000-mile. In previous years there was a 130- and 150-mile race as well.
Race directors Kathi Merchant and Kyle Durand have competed in the ITI event several times; both have also completed the full distance of 1000 miles.

The race accepts 75 athletes each year with an additional 20 for the 150 mile distance.
Competitors have to pull their own food, water and gear on a sled strapped to their bodies, much like the Siberian Huskies in the dog sled race, and need to cover the final 650 miles without any support.
Seven checkpoints (including the ITI 350 finisher) with food and minimal lodging are available to participants.

You’ll need to climb from sea level to over 10,000 feet, cross frozen rivers and desolate expanses of wilderness through waist-deep snow, and deal with -50F temperatures, 30 mph winds, frostbite, sleep deprivation, exhaustion and loneliness before reaching the finish line within the time cut-off of 30 days.
A real test of your mental and physical limits!

It took 2018 winner Pete Ripmaster three attempts and almost his life to win the cruel 1000-mile race, testing his endurance, mental fortitude, and resilience.
“After nearly drowning during the 2016 ITI Foot 1000, I returned to Alaska determined to finish what I started.”

Of the six competitors only two crossed the finish line.

ITI 350
With jagged mountain ranges, bone-numbing temperatures and minimal support, the ITI 350 forces competitors to reach deep within themselves to persist while being besieged by relentless physical and mental challenges.

A true test of human endurance, adaptability and mental fortitude, competitors travel 350 miles on the historic Iditarod Trail under their own power while hauling all of their survival gear with them. Only six checkpoints with food and minimal sleeping quarters are offered prior to reaching the finish line in McGrath, Alaska.

For most participants, the ITI 350 is not a race but an adventure. For those people, exploring one of the most remote places on the planet isn’t important because of what it immediately accomplishes; rather, it is important because of what it facilitates within them. This is their testing ground. A time and place carved out to challenge themselves, tolerate adversity, cope with uncertainty, and learn from failure.

To be eligible to apply for the ITI 350, athletes must have 2 finishes in designated qualifying events and/or significant specific winter athletic experience:

ITI 1000
Only the most experienced, rugged and intrepid competitors dare to attempt the ITI 1000, the world’s longest and toughest winter race.

Every year on the Iditarod Trail is different and conditions change in the blink of an eye during the journey. ITI 1000 competitors may face temperatures from -50F to 35F, gale force winds, rain, blizzards, waist-deep snow, mud, glare ice and bright sunny skies, all in the same day.

The ITI 1000 draws the true adventurers who don’t want to be cheated out of a profound experience by excess support from the race staff. Only a minimal amount of assistance is provided to competitors in the ITI 1000. Participants must carry all survival gear with them and traverse the final 500 miles of the Iditarod Trail without support, relying only on the supplies they carry with them and those they send to remote villages prior to the race.

Competitors must complete the ITI 350 at least once and demonstrate a mastery of winter survival skills and self-reliance in the unforgiving Alaskan wilderness before applying for the ITI 1000. Given the length and risk involved, only the most qualified applicants are selected for this daunting challenge each year.