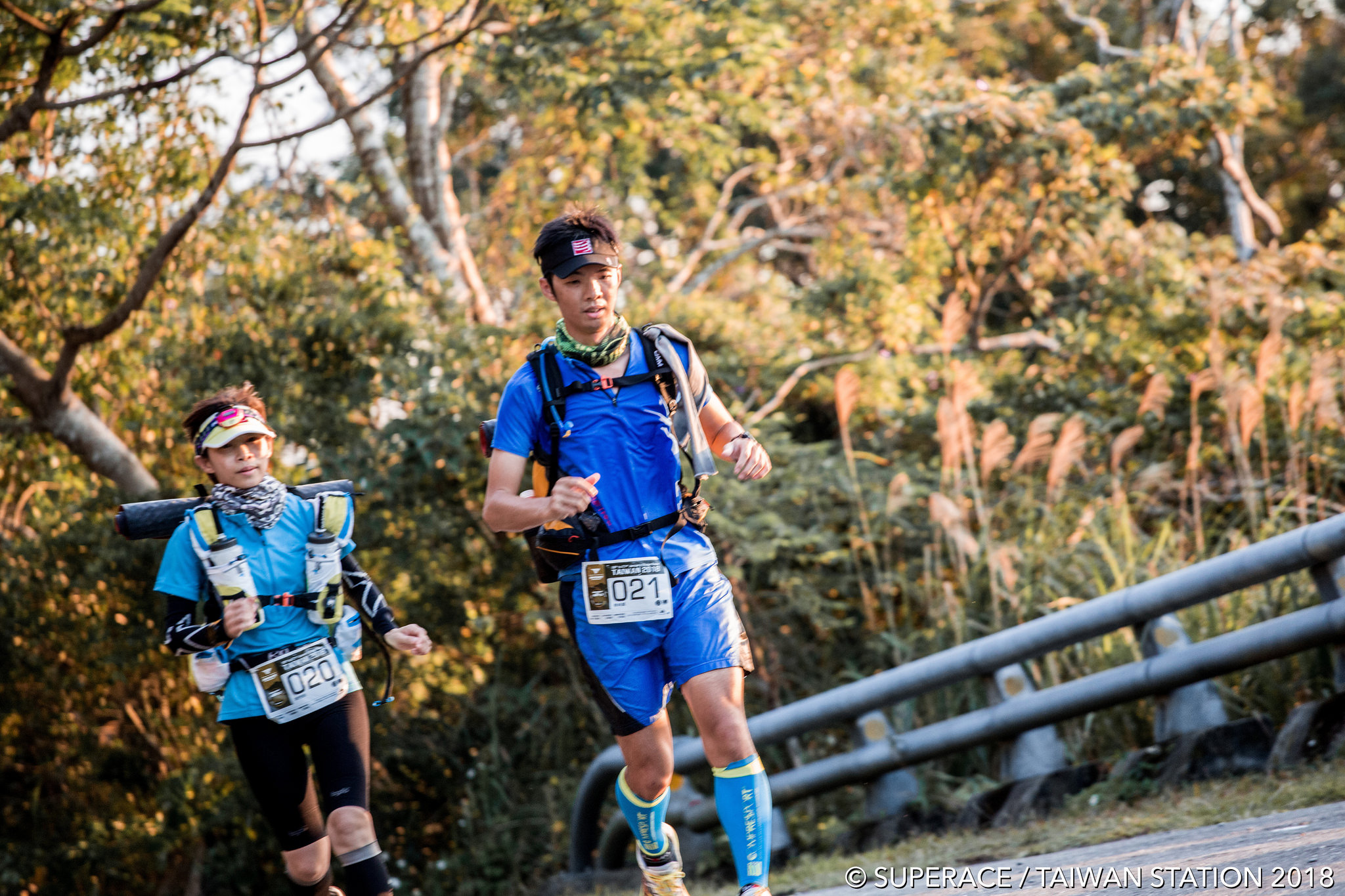 Kevin Lin, one the best-known endurance athletes in Asia, is introducing his home country to the ultra-challengers. The tough, yet beautiful mountain range will lead the runners to the Pacific Ocean to enjoy the big shiny blue.

Kevin Lin has been the first modern runner to cross the Sahara Desert in 2007. He became the champion of the 4 Desert Race Series in 2006. Following his great running adventures in Atacama Desert, Silk Road and many others, his journey continued with the creation of the SUPERACE, and led more people into the world of ultramarathons.

Runners are led along the Jinshuiying Historic Trail, built during the Japanese occupation of Taiwan, follow through the Central Mountain Range to the Eastern coast and pass the Alangyi Historic Trail. You will climb to more than 1,450 meters high and then to river beds at sea level; along the way runners will be greeted by mountains and sea as you pass wet tropical forests and gravel coasts. One might even hear the songs of the aboriginals. The diverse terrain will test both the limits of your stamina and willpower!

Participants are required to only carry equipment for a single day, locker services are provided and all other equipment will be delivered to the camp site by the event organizer.

The first challenge of the race: crossing the Central Mountain Range! First, step into Dahan Forest Trail and let the Jinshuiying Historic Trail guide your path. Take a closer look and you’ll see the hidden marks of history. The wet tropical climate has resulted in some unique vegetation and hidden animals lurking in each corner, awaiting your arrival. Race from 200m above sea level through the mountains to an altitude of 1,450m and pass the Gu-alun Bridge that has stood since the Qing Dynasty, then drop down to the Dawuxi Riverbed that’s less than 40m above sea level. Keep an eye out for rocks and don’t trip while sometimes treading on logs and trudging through the water at other times. “Splash!” The splashing waters of the cool creek symbolizes the source of life along with the colorful legends of the Kalapang Tribe. The path guides your steps to the Pacific Ocean as you exit the mountains and enter the embrace of the ocean at Dawu Township.

Follow the highway and before you know it, you’re in a coast filled with pebbles. Xuhai, if you’re lucky, is a place where you’ll catch a glimpse of the legendary view of: “the sunrise and the ocean”. The cresting waves on the left seem to increase in intensity; on your right is a 5-story tall cliff with traces of stubborn vegetation and displays of spiral patterns formed by pressure on volcanic lava from eruptions more than a million years ago. The mountainous, hilly terrain stands at an average altitude below 700m. The path is lined with low shrubbery with some low-rise housing. Continue from Manzhou early in the morning and the shrubbery will gradually disappear from sights. The line of mountains in the horizon gradually flatten and your perspective begins to broaden. The path is lined with pandanus trees and between the pandanus foliage on the left, you can barely hear the call of the sea.

The white sands of Fengchuisha abruptly come into view. The area contains coral reef topography that combines red earth and sand from geographical layers that have been corroded over long periods and result in the white sandy view today. Continue along to Longpan Park. The grass filled marina and limestone platforms, gaze out at the blue skies and Pacific Ocean. Take one last look at the ocean! At the next fork in the road is an unassuming trail that sets you on the last part of your journey. Cut through this trail to the south end of Kenting and arrive at the eastern coast. Head north towards the sound of people, cars, and the familiar smell of Kenting. Soon after you’ll reach the finish line……