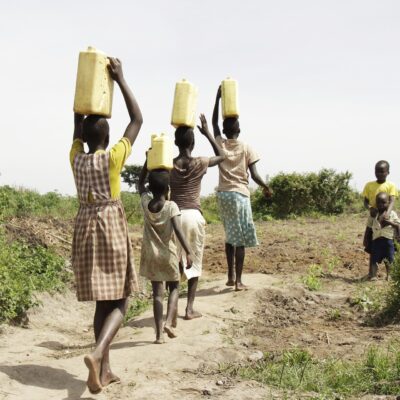 While visiting his home country Uganda in 2003, former Olympic athlete Julius Achon came across a group of children who were sleeping under a bus in Lira. These eleven orphans had escaped from the same Otuke village where Julius was raised after their parents were killed by the LRA, and were then living and begging on the streets. Touched by their suffering and grateful for his own blessings, Julius decided to adopt them.

What started as a small orphanage for children left parentless by the Ugandan civil war today encompasses the region’s only health clinic, a rural wellness-outreach initiative, a growing youth sports program, and a partnership with Cents For Seeds, which enables female farmer-entrepreneurs to “borrow” seeds, to move beyond subsistence farming. Our progress will continue until Northern Uganda no longer suffers from war-engendered poverty. 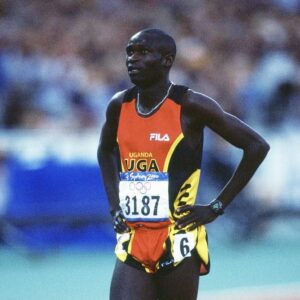 Julius Achon
Julius Achon grew up in the small village Awake, 40 miles northeast of Lira in northern Uganda. Julius was raised in poverty during the civil war. At age 12, he was kidnapped by the Lord’s Resistance Army, a militant coalition that rebelled against the Uganda government, and was forced to become a child soldier. Three months later, Julius managed to escape and ran 300km back home. He was eager to build a better future. When he saw a plane flying over he asked his dad how he could get into that plane. His father told him he should become a runner. So Julius started to run and compete. He had no money for shoes or transportation, so to be able to...
More Details
No data was found
Connect with Achon Uganda Children’s Fund
Link
DISCLAIMER: This website includes affiliate links of products and brands that are recommended by the runners community. It generates a small commission to support Trail Runners Connection if you purchase something through these links at no extra cost to you, without affecting our independence, topics or content.
We focus on products and services that contribute to a healthier, happier planet.