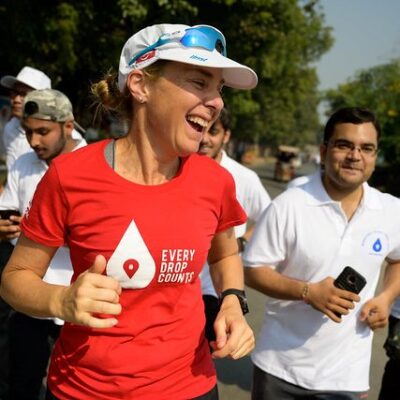 On February 1, 2016, after 6 months of preparation, Mina Guli’s 7 Deserts Run started to save the world’s water.

“Amidst the global water crisis, it has become essential for us to rethink our virtual water footprint.
Small lifestyle changes can have a significant impact!”

“A world first – this involved me running 40 marathons across seven deserts on seven continents in just seven weeks. All for one reason – water. Why 40 marathons? To represent the 40% shortfall in the supply of water which is forecast by 2030.

It was an epic and incredible adventure. I discovered the sheer enormity of the water problem that we are facing, through stories told by the people we met along the way. I’m now working to tell their stories to the rest of the world.”

Mina chose to start her 7 Deserts Run in Spain to highlight that Europe is not sheltered from the global water crisis.
She completed the journey on World Water Day 2016, March 22, having run seven marathons in seven different continents over seven weeks.

The route covered Spain’s Tabernas Desert, the Arabian Desert in Jordan, the Antarctic Desert, Australia’s Simpson Desert, the Richtersveld in South Africa, Chile’s Atacama and the Mojave Desert in the USA. 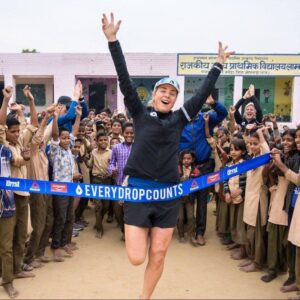 Mina Guli
Water Advocate and Founder of Thirst4Water Mina became an Ultra Runner to raise awareness about the global water crisis. | “Despite growing up in Australia, I was never a sporty kid. I couldn’t figure out how to make my body do what I wanted it to. I became adept at avoiding sport. It was only when the doctors told me I would never be able to run again, after hurting my back so badly from being pushed into a swimming pool, that I saw sport as an opportunity. I fell into climate change by accident, during my early years as a lawyer. I was headhunted by the World Bank and moved to Washington DC. From there I went to London,...
More Details
No data was found
Connect with 7 Deserts Run – Mina Guli