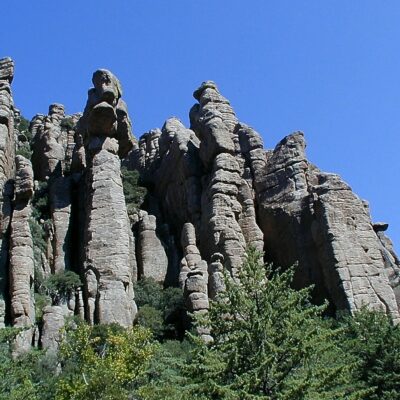 Of all the American Indian Nations who were defeated by or surrendered to the United States government, according to Apache Freedom Run, the Chiricahua Apache were the last to surrender and so they were held captive the longest, for more than 27 years in the harshest conditions. Out of the thousands of prisoners of war, only 250 survived the unimaginable ordeal when they were finally released in April 1913. Their story of survival and perseverance was honored and remembered through 2018 with the first annual Centennial Apache Freedom Run.

The Centennial Apache Freedom Run marked 100 years of freedom for the Chiricahua Apache People and commemorated the end of one of the darkest chapters in American History. The 501-mile journey by 183 Apache from Fort Sill, Oklahoma, to the Mescalero Apache reservation in New Mexico, is being run in stages by Apache runners: the run began April 1 and will conclude April 5.

Centennial celebrations were held at the Mescalero Reservation in Mescalero, New Mexico, April 5-6, including the final leg of the 501-mile relay run. The Apache Nation invited everyone to come join them for this momentous occasion, which included a parade, a re-enactment of the prisoners train arrival in Tularosa, New Mexico, performances of the traditional Apache War Dance and the Dance of the Mountain Gods.