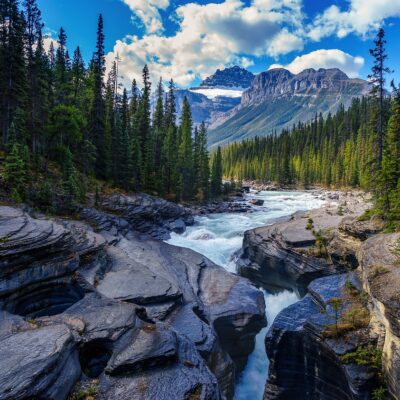 In February 2014, Jamie finished and historic journey across Canada, becoming the first person in history to run the 5,000 miles (equivalent to 200 marathons) from the Atlantic coast to the Pacific coast without the aid of a support crew.

Starting in March 2013, his run raised more than £200,000 for sick children in Canada and the UK. He battled -40°C temperatures, the Rockies, a frostbitten nose, numerous potentially challenge-stopping injuries (including the permanent misshaping of his right foot) and more to finish in Vancouver, running the equivalent of a marathon most days. 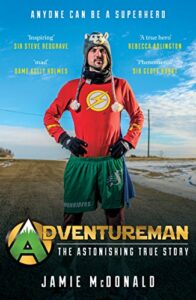 Adventureman: Anyone Can Be a Superhero
Jamie McDonald
At the age of nine, Jamie’s family feared he would never walk again.Twenty years later, he set off to run 5,000 miles coast to coast across Canada. When Jamie decides to repay the hospitals that saved his life as a child, he embarks on the biggest challenge of his life: running the equivalent of 200 marathons back-to-back, solo and unsupported, in –40 degree weather, surviving all kinds of injuries and traumas on the road and wearing through 13 pairs of trainers. And he does it all dressed as the superhero, the Flash. Though his journey was both mentally and physically...
More details
No data was found 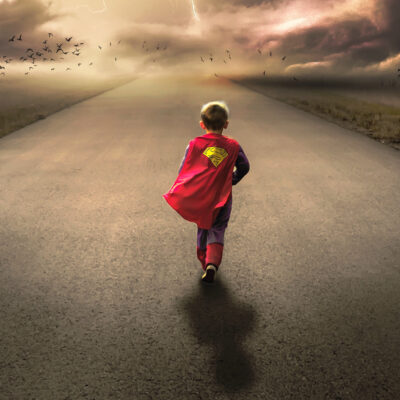 Superhero Foundation
As a child, Jamie McDonald spent the first nine years of his life in and out of hospital with a rare spinal condition, syringomyelia. In 2012, Jamie began an adventurous fundraising quest to give back to the hospitals that helped him as a child by cycling 14,000 miles from Bangkok, Thailand, to Gloucester, UK. In 2014, Jamie founded a charity, called Superhero Foundation, empowering real-life Superheroes to change & save lives. It’s a crowdfunding platform that supports families fundraising mission who are looking for treatment that the NHS unfortunately can’t provide. Jamie believes that everyone has the potential to become a superhero, sometimes all that’s needed is a little helping hand. The platform supports individuals who want to take on their...
More info
Connect with Coast-to-Coast run across Canada – Jamie McDonald