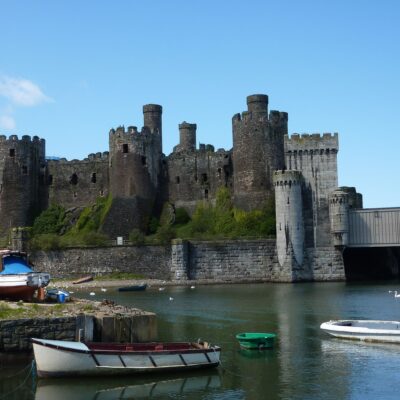 Sean had never spent so much time indoors as he did in 2020. It was heartbreaking for him having to erase years and years of planning, goals and dreams.

What was he gonna do next?
He spent a lot of time reading about how he could fall back in love with running again, but mostly doing ‘stupid Zoom calls’.

What if I started smaller?
What if on the 1st of January I ran 1 kilometer. And what if on the 2nd of January, I ran 2 kilometers.
If I eventually did that I would end January with a 31-kilometer run. If I add that all together, it comes to 496 kilometers. That’s exciting!
When I thought of that idea, I knew I just had to do it.”

But after a day or two Sean became very aware that if this was just a running challenge he would fall out of love with it pretty quickly.
So he decided to add a mini adventure to every single run; something new, run somewhere different, do something that he’d never done before to make things exciting so he’d follow through with the whole challenge.

“There’s so much amazing history around where we live but we just don’t know about it. Or we don’t make the effort,” Sean says. So every day he came up with another idea to explore his surroundings. He ran every street in his village, did some litter picking, ran in all sorts of weather and on various terrains.
And guess what: after 2 weeks Sean really started enjoying running!

He also noticed it made him more productive “because I know I’m gonna be out for about 4 hours a day, so I’ve been a lot more regimented when I do other stuff. I’m finding I still have loads of time in the day.”

On the last day of his challenge Sean was a bit sad it was coming to an end.
“For too long, I’ve used running as purely a means to get fit, nothing else, which took all the fun out of it.
I’d forgotten the most important reason why I wanted to go for a run in the first place – to have an adventure.
That’s what running means to me.

It’s purely a vessel for me to go off and have an adventure. And yes, on the plus side, you end up getting fit and healthy too, anyway.
So after 496 kilometers, have I fallen back in love with running? Absolutely!
I can’t wait to see where my little running legs take me next!”