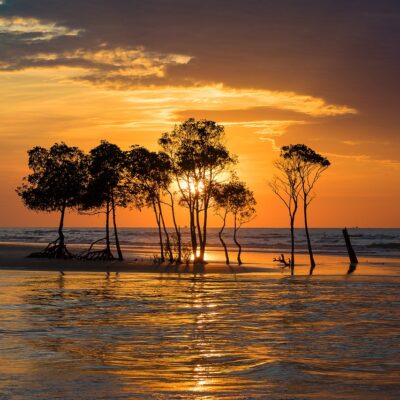 In 2017 Andre, a Royal Australian Navy vet, took two-weeks unpaid leave to run solo from Melbourne to Darwin, 3,700kms, to raise funds and awareness for Beyond Blue. Beyond Blue provides information and support to help everyone in Australia achieve their best possible mental health, whatever their age and wherever they live.

Being a carer for a family member suffers from depression Andre said: “They talk about the statistics and it’s obvious that not enough is being done so I’m doing this in an effort to raise money and raise the awareness of the work Beyond Blue does in combatting the stigma associated with anxiety and depression and talking about it.”

“For 93 days, I pushed all my supplies (up to 95kgs) in the ‘Intrepid’ an ad-hoc buggy thrown together from spare bike parts and aluminium bits through the centre of Australia.” The buggy which housed his food, camping gear and most importantly, 40 litres of water. Along the way he was joined by people from various sporting groups.

Many people come forward to talk either about their depression or depression in the family or girlfriends or boyfriends. Andre explains that the moment you start talking about it, there’s a slight release of the pressure and you feel a little bit better for it. “Because you’ve broken the ice you may be in the position to talk about it a bit more.”

Andre is not a huge fan of running unless it’s for a purpose. ” I don’t normally go for a jog just for the hell of it. I’m not that keen.” During his run, depending on the day and the temperature he sometimes felt he wanted to go home.
“However, for a good cause, I will don the running shoes and pound the road.”

Andre took breaks every 10 kilometres or every two hours depending on the terrain and how he felt.
“It’s just a matter of sandwiches or mixed nuts and whatever fruit I can find at the time and a cup of coffee.”

“If I’m feeling fine I can do about 55 kilometres in about six hours,” Andre says. “If I have a late start then I can still do the distance but then I’m rushed to get a campsite… before it gets too dark. But I try to do at least 40 odd kilometres a day.” 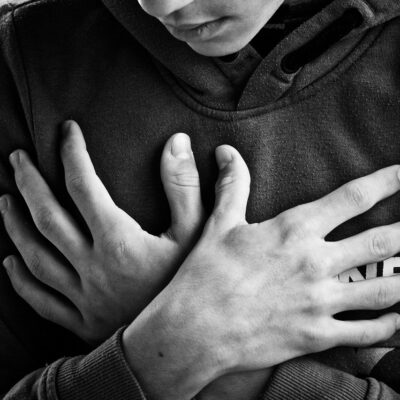 Beyond Blue
3 million Australians are living with anxiety or depression.Beyond Blue provides information and support to help everyone in Australia achieve their best possible mental health, whatever their age and wherever they live. For years now, Beyond Blue has been doing as much work as possible to encourage people to learn about the symptoms and types of stress, anxiety and depression, which they could face or may already be experiencing. In Australia, it’s estimated that 45 per cent of people will experience a mental health condition in their lifetime. In any one year, around 1 million Australian adults have depression, and over 2 million have anxiety. Beyond Blue hopes to provide everyone, young and old, with information to recognize how depression, anxiety and suicide can affect people, and...
More info
Connect with Melbourne to Darwin – Andre Jones