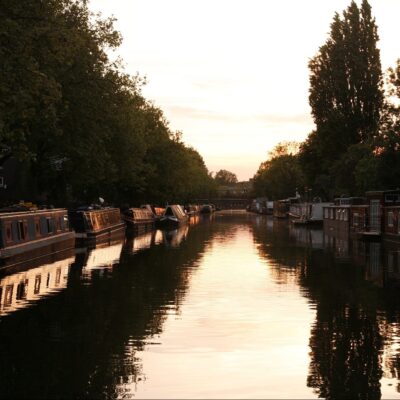 In 2020 Paul Mason will run 565 miles to raise awareness and funds for research into cancer specifically hepatocellular carcinoma at King’s College Hospital (KCH) in London. He’ll run in memory of his friend Mark Thornberry who died of primary liver cancer in June 2020 after a 3-year long battle.

The original plan was to complete his challenge in 100 days. Paul would start on May 21 with the Grand Union Canal Race (GUCR), Britain’s longest, toughest, non-stop running race. Competitors are required to complete the 145 mile distance from the centre of Birmingham to the centre of London along the Grand Union Canal within the time limit of 45 hours.
Paul planned to undertake a double GUCR145, starting from the finish line in Little Venice, London, run up to Birmingham, then turnaround and join the official race and run back down to London all within 4 days.

Approx timings of where Paul Mason will be in relation to the first 145 miles. He will be wearing a tracker for the full event so you can join him or follow along.

Paul will have 2 crews of 2 people each to help keep him moving forward to deliver the goal for Mark.

This number will be available for those wishing to join us on any of the 290 mile journey up and back along the GU canal over the 4 days:

However, Mark was determined not to go quietly into the night and followed surgery at the start of 2019 to remove 50% of his liver, numerous other procedures and an experimental dual drug trial, still fighting a valiant battle.

Unfortunately at the end of September 2019 additional secondary tumors were identified and there was a strong probability that Mark would no longer be eligible to continue the drug trial he was on.
On June 14, 2020, Mark’s race ended. He will always be a huge inspiration!

July 28, 2020:
A BIG THANK YOU POST dedicated to a bunch of wonderful people who I am honoured to call my friends….Sorry if I have missed anybody.So the last 4 days have been memorable and the highs and lows will stay with me forever. Running the double GUCR145 for thorners has been an honour. Running long distance takes a hell of alot of planning and organising and is definately a “TEAM EVENT” as the Crew are your best and what feels like your worst friends (when they kick you out of that comfy chair) and tell you to get moving. They are your biggest supporters but deliver “Tough Love” at times and their priority is to keep their runner focused and moving forward no matter what the pain is like. They have the ability to assess their runners needs and deliver a service that cannot be described. Caroline Farren (aka my Boss and partner) and Karen Webber in my opinion are the best in the business. They are like parents, school teachers and enforcers all at the right time. They allow no weakness and remind you to keep moving forward and that you will get this done. Karen Grieves, Matt Brown and John Breslin the other 3 key parts to the Crew all giving up their personal time to support Mark Thornberry and the KCH charity. My Crew were my lighthouse guiding me on my journey along the canal. The journey of 302 miles delivers a huge variance of positive and negative emotions and it is hard to stay positive and gung ho in front of them as they witness you stripped bare (emotionally and physically). They see you naked (not literally but there were afew towel moments lol) as you are fighting the pain and the nagging demons telling you stop and give up. My Crew were a solid Unit working together often sleep deprived and hungry but keeping their runner fed and watered. They patched up my feet when they were falling apart and gave me the will and desire to get the job done. I was ready to quit at 253 miles where my mind just gave up and the thought of moving another 45+ miles was horrific. My Crew enabled me to reset and refocus and onwards we went. 5 miles further down the canal I was running again and in stronger spirits.Also to my key buddy runners (body guards) keeping me safe from nutcases at night etc sharing many miles with me and being my body guards offering support and muling for me to keep my pack weight as low as possible. Special thanks to these special friends in no particular order,Tom GarrodPaul CommonsDave FawknerRob CowlinTina McGrealDonna LawDave JohnsonLaurence HyltonAndrew HarbrowClare BonnickKirsty Wilson – fan club presidentClive Bugeja (aka curry) Dan Perry (Ice Man to the rescue).So as you can see the Crew were immense delivering a 7 Star Service. I will forever be in their debt and my heartfelt gratitude towards everyone of them is huge.I hope we all made Mr Mark Thornberry Proud with our run for thorners event.

August 1, 2020:
“here were people who told me I was biting off more than I could chew with the double GUCR attempt. They just did not realize the fuel that they threw on the fire to spark my inner desires. My WHY running 300 miles was huge to me and even though I hit low points, the end Goal remained clear even when I was in pain. In life you share your journey with friends and love ones who assist you in getting through the bad times and that is exactly what my crew did when I thought about throwing in the towel at 253 miles. NEVER let anybody tell you that you cannot achieve your Dreams. Believe in yourself and ensure you stay focused and visualize finishing the Goal. Take responsibility and don’t blame others for your failures. To Fail is to Learn and use these experiences to move you forward relentlessly. Don’t allow self-limiting Beliefs kill your deams. Remember deep inside us all is so much more Potential but our minds will protect us from searching new summits. Be the BEST version of yourself and continue to Grow mentally and physically everyday. Remember show gratitude for the small things in life as they all add up.”

August 9, 2020:
“HUGE thanks to everybody as pre “Run for Thorners” we set a Goal of raising 3k and today we have broken through the 5k and 6k with Gift Aid. So the 300 mile run up and back along the GU Canal, was a journey I will never forget. My Why was always big and important to me and running to raise monies for Mark Thornberry and keep awareness of Liver Cancer research for the Kings College Hospital kept me moving forward to the end. This challenge was the toughest todate but one that I enjoyed the suck when things got tough.”