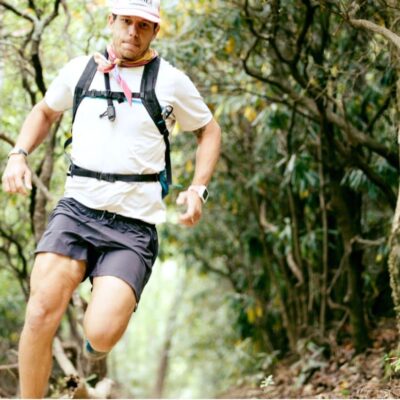 Pete Ripmaster started running marathons in memory of his mother who had died of cancer.

Pete’s quest to complete 50 marathons in 50 states to raise money for cancer research, started off in 2008.
Being in his early thirties, overweight and out-of-shape didn’t stop him.

“I decided I wanted to run a marathon one day and had my wife dump my sorry ass on the Ridge Parkway. I waddled 13.1 miles towards Mt. Pisgah and turned around and made it back to finish what would end up being my very first “homemade” marathon.”

On September 10, 2013, Pete completed his 50th marathon!
Pete has run hundreds of races ever since and keeps pushing the boundaries of his physical and mental capabilities.

After completing the 350-mile edition of the brutal Iditarod Trail Invitational (ITI) in Alaska twice, and nearly drowning at ITI 2016, Pete won the Iditarod Trail Invitational 1000 edition in 2018.
Only 60 people have completed this 1000-mile trail run during the last 18 years.
“I don’t think personally that there is something harder to do than what I just did,” Peter said after his win. 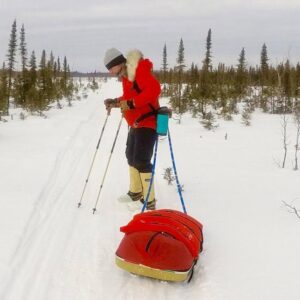 Pete Ripmaster
Pete wanted to be a sled dog musher and moved to Alaska in the early 2000s to run dogs. But he found managing the dogs too overwhelming and in 2006 he and his wife moved to Asheville where he worked as a teacher and ran the Black Mountain Running Co. shop for several years. “I’ve battled depression and voices throughout my life, turning to running to help inspire a personal change. I ran my first marathon in 2008, and continue to push the boundaries of my physical and mental capabilities.” “I decided I wanted to run a marathon one day and had my wife dump my sorry ass on the Ridge Parkway. I waddled 13.1 miles towards Mt. Pisgah and...
More Details
No data was found
Connect with Ripmaster 50 – Pete Ripmaster