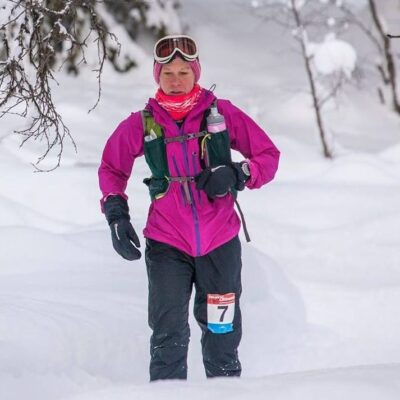 Running has taken Mimi Anderson to every corner of the world, including the World’s hottest deserts, the highest mountains and the freezing temperatures of the Arctic. Constantly looking for ways to challenge herself, to push her boundaries and limits beyond what most others wouldn’t even consider possible. Constantly searching for more extreme environments to race in.

“When you overcome your fears, whatever they might be, you build your confidence and self-esteem and know that you can overcome anything that life throws at you.

I’m often asked why I run. The answer is simple: because I love it. Running makes me feel happy, gives me space to have my own thoughts, the freedom to explore otherwise forgotten places and remote landscapes. Running gives me more energy to face the day and makes me feel alive. Why do I run? I run because I can.”

Mimi is not only one of the World’s most inspirational female distance runners. She’s also a mother, a grandmother, a wife and daughter. She shares her stories and experience as a Free to Run Ambassador speaker and Coach.

Although Mimi’s challenge across the USA in 2017 has ended, you can begin yours at any time. Whether you’re running, walking, pushing the pram or down at the gym, the #MimiAndMeFor53 campaign will help you to embrace a healthier, happier lifestyle, as well helping to raise vital funds for her chosen charity, Free to Run.

“On 7th September 2017 I set out to get a new world record, but unfortunately my body had other ideas. I can say without doubt that I gave it my all. The vastness of this country is magnificent, and it was a real privilege to have actually run though it. We met some amazing and extra-ordinary people who made my journey something that I will never forget. I saw some beautiful sunrises. Unfortunately, I missed most of the sunsets as they were behind me! During the 40 days I ran 2,217 miles through 9 States – Yes 9!! I nearly got hit by 3 cars which was pretty scary, had to cope with severe heat, torrential rain (which is very unpleasant when you have extremely large lorries flying past you) and gale force winds – oh and got bitten by a dog!

This journey wasn’t just about me trying to get a world record, it was also about raising money and awareness for my two Charities; Free to Run and Marie Curie.
When I hit the 2,000 mile point I thought about my father and Mark (Tim’s brother)  who are the reason I’m raising money for Marie Curie, the charities support over the last few months and days of their lives. I had many women who came out to join me on the run which was an honour. They reminded me how lucky we all are to be able to run without any form of discrimination or abuse.
Free to Run is a marvellous charity that supports women and girls from conflict areas by empowering them through sport and education. The work this charity does is outstanding. Sport is a great leveller and for young women who have lost confidence in themselves and everything around them… sport can gradually restore their confidence and enable them to try things that are within their grasp….” 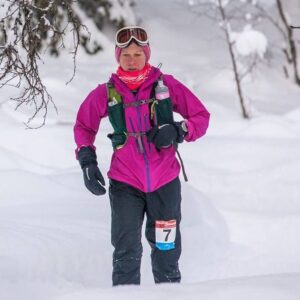 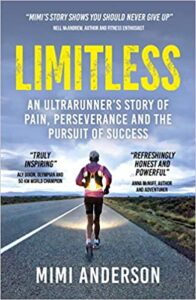 Limitless
Mimi Anderson
At the age of 55, record-breaking ultrarunner Mimi Anderson embarked on her most ambitious adventure yet. She wanted to become the fastest woman in history to run across America from Los Angeles to New York. Her journey would cover 2,850 miles, 12 states and four time zones, dealing with extreme changes in terrain, weather and altitude along the way. For 40 days, the determined mother of three pushed herself on and on for more than 2,000 miles across the vast continent, despite the onset of severe pain, until she was forced to make a crushing decision: carry on and risk never...
More details
No data was found