In 2019 Liz Warner launched an 18-month marathon fundraising campaign with the goal of running 30 marathons in 30 countries before turning 30 in June of 2020. Between 2013 and 2019 Liz had already completed her first 10 marathons.

Through her personal project Run to Reach Liz raised awareness for gender equality and aimed to raise $100,000 to support 20 local, women-empowerment organisations in each country that she visited.
“I’ve participated in numerous marathons and fully believe in the potential of the running community to make an incredible impact on the planet. I firmly believe that our collective impact, linked together, can be exponentially more powerful and change the world we live in today. Whether it’s transforming education facilities in local towns and villages or encouraging dialogue between groups in conflict, I want Run to Reach to enforce change across the world.”

Liz love to trave and explore. Her 30 before 30 journey has taken her around the world, from Tokyo, to Chile, all the way to Zimbabwe.
“Being on the move and experiencing other cultures in far away places has been my constant source of energy and drive. I turned to running at a point when I felt completely lost – almost 6 years ago while living in Tokyo. My father had just passed away and moving to a different country where I knew no one, nor spoke the language, seemed like the perfect antidote to my painful grieving process. Running for hours on end became my therapy, form of deep meditation, how I was able to reach the euphoric feeling of self-empowerment and flow.”

With Run to Reach Liz wants to inspire and empower runners to change the world by connecting locally with the places they run in. She selected each of the 20 charities based on their level of transparency and impact in the communities they help serve. 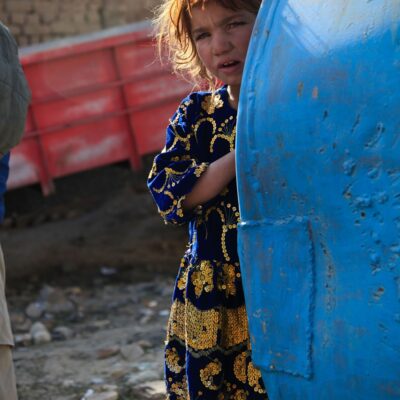 Free to Run
Free to Run’s mission is to enable women and girls to safely and boldly engage in outdoor activity in conflict-affected regions. Through a combination of sports programs, life skills development, and community outreach, we help females to reclaim public space and change views about the roles they can (and should) play in a society. Our programs are designed to develop community leaders who can bring people together across cultural, ethnic and religious lines. We work to provide our participants with the tools to succeed because they can and will be a force for positive change. Conflicts can have a devastating impact on societies, causing suffering on a widespread scale. Women and girls are often disproportionately affected, and the particular ways...
More info
Connect with Run to Reach – Liz Warner