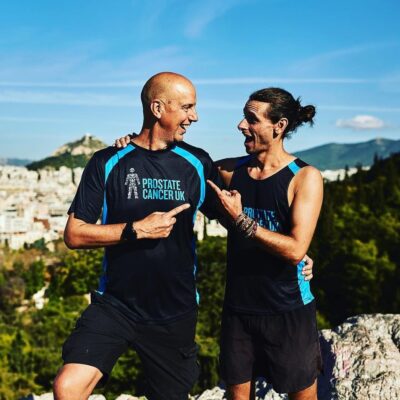 With 8 years of running expeditions in his pocket, including 2 years of preparation for his latest challenge, it’s not hard to understand that Nick Butter loves to explore. But he also wants to leave a legacy.
He’s running a marathon in every country in the world to raise awareness about prostate cancer.

“I met a man in the desert! This extraordinary man was not only one of the most positive and happy people I’ve ever met but he made a huge impact on me and how I live my life. Kevin has terminal prostate cancer and was given as little as just two years to live. This trip is for him. I hope to return after 18 months having raised over £250,000 for the charity Prostate Cancer UK and helped shout about how men need to get themselves checked. Sometimes there are no obvious signs. Help me make Kev proud.”

The trip takes a bit longer than the 18 months Nick planned for, but he hopes to achieve his goal after 675 days on the road. “I’ll spend minimal time in some countries and longer in others. On average I’ll spend just 60 hours per country. I will return home with thousands of photos, memories, stories and publicity for the charity.

I will leave my friends and family behind, cross borders into war zones, venture into the extreme climates such as Antarctica, and no doubt have some pretty emotional ups and downs along the way. I love running, but this is pushing it.

My team makes this possible. I have around 30 members contributing to the success of this journey and I really couldn’t do this without them. Some would argue the logistical challenges far outweigh the physical.”

A World First
“It’s never been done. So let’s give it a try. The idea is to run a full marathon distance in every country on the planet. There are currently 196 official countries in the world as identified by the United Nations.

Starting in London, I’ll make my way around the globe, documenting everything from race prep, the people I meet, and the incredible culture I’ll experience. My hope is that friendly folk from each country will join me on my marathon days, run with me, support the journey and raise awareness for Prostate Cancer UK. I’m appealing to the extra friendly people of the world to give me a bed for the night. If you want to help then please get in touch.

By the time I return home after over 550 days on the road, I hope to have set the world record for the first person to run a marathon in every country on earth,” Nick said.

The community element of this journey is something Nick is extremely passionate about. The idea was to connect with as many schools, families, runners and individuals as possible.

Nick also had a Virtual Challenge for people to sign up to run 196 miles, either in a few weeks or over a few years. Participants received a medal and certificate. The costs of £25 all supported Prostate Cancer UK.

On November 10th 2019, Nick Butter crossed the finish line he’d been running towards for 2 years. Nick ran 8000km+ around the world. One marathon in each of the 196 countries on earth. 3 marathons a week, every week, for 96 weeks. Doing so he claimed the crown for the first and only person to run a full marathon distance in every country on the planet. His 674-day expedition will go down in history as one of the most daring feats of physical, mental, financial, and logistical endurance. 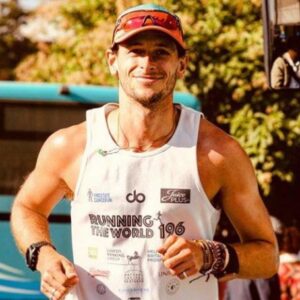 Nick Butter
“I’m an ultra runner, explorer, and an adventure. I believe in leaving a legacy. If I’m lucky enough to get to the point in life when I’m old and grey, chatting with my grandchildren I want to know I’ve explored every inch of the planet. I want to have exhausted every ounce of my potential, challenged myself beyond what is comprehensible and leave the planet knowing I did everything in my power to make the best use of my time; to love, to work hard, and to spend as little time as possible in the so-called comfort zone. I believe that it’s the crazy things, the things that no one is doing, and the things that we’re afraid to do…...
More Details 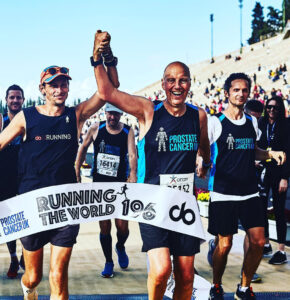 Running The World 196 Photography Book
Nick Butter
On the 6th January 2018, Nick Butter embarked on the journey of a lifetime – a world record setting expedition to become the first person to run a marathon in every country on the planet.  Along the way Nick captured the beauty and wonders of planet earth and the humans that make this place special. The tales of hardship, political instability, conflict, suffering, endurance, culture, religion, race, nature, and so much more are captured in this extraordinary snapshot of life, adventure and exploration. “This book captures every country in the world, hundreds of animals, faces, landscapes, and completely bazar situations;...
More details 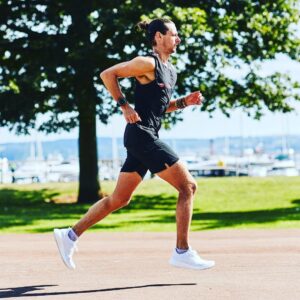 Running The World: My World-Record Breaking Adventure to Run a Marathon in Every Country on Earth
Nick Butter
A book about Nick’s 674-day epic adventure; a journey to be the first person to run marathon in every country in the world.  While setting eight world records and covering five thousand miles, Nick explored the world and discovered its diversity and what we have in common throughout different cultures. Running through cities and deserts, around islands, along beaches and through lush vegetation, Nick was often joined by local supporters and fellow runners, curious children and bemused passers-by, who kept him company and shared their stories. These meetings and connections gave his journey extra meaning.
More details
No data was found

Prostate Cancer UK
We want a future where lives are not limited by prostate cancer. We unite the brightest minds in science and healthcare and the most passionate and caring people to help men live long and live well. Prostate Cancer UK offers information, support, a community and does research to stop men dying from prostate cancer.
More info
Connect with Running the World 196 – Nick Butter