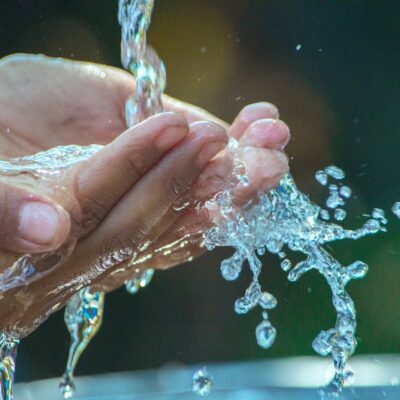 A month later 23 year old Abraham Clark set out to fulfill his dream of becoming the 15th person to run across America solo and unsupported.
He ran to raise funds to help the country recover.

Abe began his 136-day journey on February 15 in Oceanside, California, crossing 15 states in the process for an average of 25 miles per day, which equals more than 110 marathons on a row.
He completed his 2,960-mile run on June 30 in Atlantic City.

“I felt like it was a time in my life where I could take (the run) on,” he said. “It was definitely one of my biggest dreams and I’m glad I was able to pull it off.”

As Abe approached the Atlantic Ocean on June 30, he said he began to reflect on his long voyage.

“There was a lot of emotion,” Clark said. “The last day I did 43 miles. I was out there running by myself and I actually started to cry at one point just thinking about everything coming to an end. There was a lot of my family out there and it was very exciting – happy times.”

Coach Mike Kline, who guided Clark throughout his college running career, said it takes a unique person to accomplish such a daunting feat.

“What Abe has that a lot of people don’t have is the ability to survive,” Kline said. “I’m very proud of him and very excited for him – he’s an outstanding young man.”