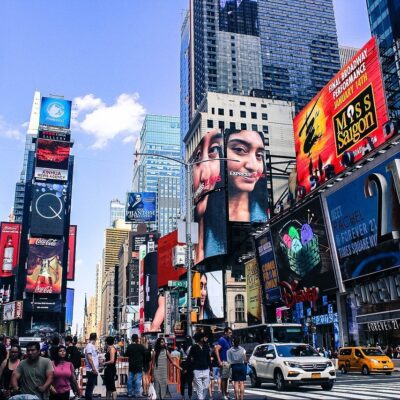 As race director of the Great New York 100mile/100K Running Exposition Phil McCarthy shows people the most beautiful spots of the Big Apple on foot, while helping to get the best out of themselves.

The Great New York 100 Mile/100KM Running Exposition is an informal, small, low-key event that nevertheless promises to be an unforgettable running experience. It is an urban adventure, a running tour of New York City, beginning and ending in Times Square.

WHAT’S WITH THE NAME?
First of all, if it’s in New York, it has to be great! And the name takes its cue from the tradition of P.T. Barnum, where everything is great. It’s an exposition because it will expose you to parts of the city you’ve probably never been to before, and will show you what a great city this is to run in.

Between March and May several training runs are organized, free to join.

COURSE
The course is 100.3 miles. It runs north through Manhattan, over the Broadway Bridge into the Bronx, through parks and greenways to Orchard Beach, over the Triborough Bridge into Queens, through the Queens park corridor, including Flushing Meadows Park/Unisphere, then to Rockaway Beach, Coney Island, and the Brooklyn Bridge back to Manhattan. The course will be marked but runners must be alert and attentive to markings and directions to avoid a wrong turn. The terrain is generally flat to gently rolling, with the biggest hills coming in the first 10 miles up through Inwood Hill Park, and the larger bridges that are crossed. There are about two miles of trails in Van Cortlandt Park and a short trail section at Orchard Beach and another short section in Alley Pond Park, otherwise the course is all paved. There are some sections in parks and on greenways where you can run on the grass alongside the pavement, which is allowed (but not on people’s lawns). I’ve tried to minimize running on streets with traffic as much as possible, but NOTE that much of the final 10 miles are run on streets where there may be heavy vehicular and/or pedestrian traffic, which is part of the “urban adventure” aspect of the race, so prepare to take extra care in traffic when you’re exhausted near the end.

AID STATIONS
There will be aid stations approximately every 5 miles along the course. Some will be minimal, providing water and sports drink, others will provide some simple food items (fruit, chips/pretzels, cookies) and ice during the day, some will have more substantial food items. Our volunteers have been outstanding in caring for the runners. The aid stations will still not provide all of your nutritional needs during the race. You should still carry your own food, have it crewed for you, or buy it in stores, delis or restaurants you pass along the way. You will also pass by many park drinking fountains if you need extra water. This is part of the urban adventure and fun of an event like this. Keep in mind that many stores may close at night. The aid stations will also not have any extra amenities like cots or anyplace to nap at night. Aid station staff will check you in, make sure you’re ok, help you with directions if needed and give you encouragement and support. You will still have to be somewhat self-reliant. Please only enter this race if you are prepared for that.

100KM RUN
The 100 km run will start at the same time and same place as the 100-mile run. The finish will be in Forest Park in Queens, near the entrance at Myrtle Ave. and Park Lane South. Runners entered in the 100-mile run may stop at 100 km if they don’t feel they are able to finish 100 miles, and they will receive a 100 km finish and award. Runners entered in the 100 km run may not continue in the 100-mile run. Anyone finishing at the 100 km point will be responsible for their own transportation home or to Times Square. The 100 km finish is approximately six blocks from the 111 St. station on the J subway line.

PACERS
The race is held on public paths and streets which will be fully open to the public. However, we are not allowing pacers before the Astoria aid station (mile 37) and in fact recommend no pacers before the Alley Pond Park aid station (mile 51). After that runners may have no more than one pacer at a given time. The exception is for runners age 60 and over who may have a pacer from the start. Runners may also have friends finish the last few blocks with them if they wish. Bicycle pacers are allowed but must obey all city and state bicycle laws and safety regulations. Keep in mind bicycles are not allowed on city sidewalks, on the Coney Island boardwalk before 5 a.m., and the marked course along 4th Ave. in Brooklyn is on the left-hand sidewalk (against traffic). Pacers (and crew) can meet you at any point on the course, not only at aid stations. Pacers are very strongly recommended at night, or after the 70-mile point, especially for first-time 100-mile runners. This is for runner security, to prevent getting lost, and for safety in case a runner becomes ill or disoriented. Two or more registered runners may run the entire race together. Pacers will not be an absolute requirement but are very very strongly recommended, as previous runners will attest. Sunset is approximately 8:30 p.m. Runners will have to arrange for their own pacers.

Relax and have fun, and enjoy the city and your run! 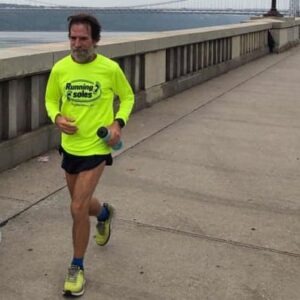 Phil McCarthy
Phil is an elite ultramarathon runner who has run dozens of marathons and ultramarathons around the world since 1997, including many of the world’s toughest and most prestigious races. In 2018 he ran across the USA in one of the fastest times. Phil was a sprinter in high school, with an 11.2 second 100 meter best. In 1994 he moved to New York City where he became active in distance running. His first marathon was the 1997 New York Marathon, and his first ultra was the Kurt Steiner 50K in Central Park in 2002. A classically-trained pianist, with music degrees from the University of Nebraska and the University of Michigan, who transformed himself into a pro runner. Phil is a...
More Details
No data was found
Connect with TGNY100