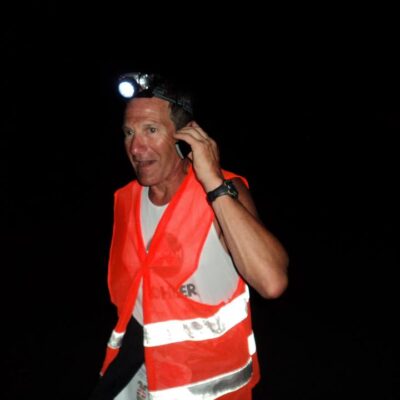 The “Torino-Roma No Stop” race was held in 2011 to commemorate the 150th anniversary of the Unification of the Italian states under one flag and also the moving of the Capital from Turin to Rome. Both events were celebrating anniversary years, and this was a one-time event.

Only 16 runners toed the starting line of the longest race ever held in Italy, an ultramarathon of 712 km from the Mole to the Colosseum. During 6 days they ran from Piazza Castello in Turin across the country, through four regions (Piedmont, Liguria, Tuscany and Lazio)  and twelve provinces (Turin, Asti, Alessandria, Genoa, La Spezia, Massa Carrara, Lucca, Pisa, Livorno, Grosseto, Viterbo, Rome), ending in the heart of Rome within the time limit of 7 days and 10 hours.

13 checkpoints were set up to monitor the progress of the runners and to offer them rest and refreshment.

Even legendary ultrarunner Roy Pirrung from the US joined the unsupported 6-day race at age 63. “I consider the 712k distance (448 miles) to be my ultimate race. I ran two ultras two weekends prior to the race from Turin to Rome: the Nove Coli 202k and the del Passatore 100k,” Roy Pirrung says.

“During the race Roy had to fend for himself. Using directions written in Italian made it difficult to stay on course. “And I didn’t know right from left or up from down, so it really wasn’t all that helpful, Roy says. “I went wrong a few times, came back and one night I was running in the rain and the signs had been taken off from the wind and in the water and I went the wrong way.”

The first part of the race he ran together with his running buddy Victor from Malta.
“When we’d get to an aid station they weren’t providing us with food and water along the way so we ended up when we get to an aid station we’d stuff our shirts with the food and we each had two water bottles and we would just keep refilling them when we’d go through town squares and wherever we’d see a fountain. And eventually we would take it out of the aquaduct.”
When Victor got injured and had to slow down, Roy continued on his own.

When Antonio finished in rush hour traffic it caused lots of problems so the organizer moved the finish from the steps of the Tomb of the Unknown Soldiers to Piazza del Popolo (Plaza of the People), so the other finishers probably ran a bit farther!

“I was real pleased and I think that to me was one race where I used all the knowledge that I gained over the years to get me through it because running for over six days you really have to not only have the willpower, you also have to have the know-how what to do, how to get the water, where to look and when to sleep.”

“Using all I learned throughout all the years and miles I had covered, enabled me to finish. I slept about two hours per day, sometimes in ditches or farm fields.”I looked for shade and one day I took a short nap underneath an automobile. was in a driveway and I thought I better make sure that I’m on the drivers’ side so he sees my feet sticking out and doesn’t drive away.”

“I was just using all the things I could to keep going and it’s so amazing how you learn on the job, right?! You have to use your experiences in every way you can to get through,” is Roy’s conclusion. 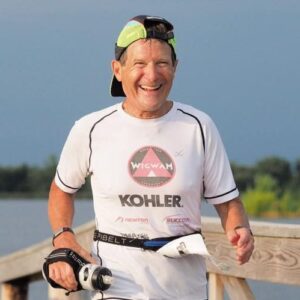 Roy Pirrung
Living unhealthy in his thirties, Roy Pirrung got inspired by an obese woman who ran past his house every day. So Roy decided to make miles to lose weight, gave up smoking and became fitter. In 2019 he had completed 152 marathons and 210 ultra marathons and is an inspiring role model to others who want to change their lifestyle. He has run more than 100,000 miles in his life and reached the finish line of over 1,000 races.Only three runners worldwide, Yiannis Kouros, Roy Pirrung, and Ray Krolewicz have exceeded 50 finishes of 100 miles or more. In 2016, when Roy was 68 years old, he could still finish 100 miles in 24 hours, which he did twice that...
More Details
No data was found
Connect with Torino-Roma No Stop