The third Tribe Run for Love was a 280K 6-day ultramarathon across the stunning volcanic Portugese island of São Miguel, to raise awareness and £250,000 to fight modern slavery.

The cause seems to resonate. Slavery, rightly, gets people worked up.

“The journey changed our lives forever. Being part of such a powerful display of the possibility of a community – together with the unique perspectives it gave us on performance and natural fuel – inspired us to throw in our professional jobs.”
They even developed their own natural sports nutrition brand, TRIBE.

Run for Love II was a 2,000K brutal and hot running and cycling journey with dizzying daily distances through the mountain passes in the Austrian Alps.
In July 2017, Guy, Rob and Tom headed to Sarajevo to begin a 2,000km run and ride across nine countries to London in just 16 days to raise £1 million to fight human trafficking. They were joined by more than 250 runners.
The journey included 6 days of running 35 miles every day, and 8 days of biking up to 136 miles per day in 50+ degree heat.
They pushed their limits and fundraised over £95,000 for the TRIBE Freedom Foundation.

On the 1st January 2018, the Prime Minister awarded the Run for Love Team a “Points of Light” award in acknowledgment of their inspiring work, coordinating and completing Run for Love II.

There are three Stages of Run for Love and you can choose from the following options:

STAGE 3: DAY 6
30 November 2019
Volcanoes Half Marathon
The Grand Finale: We want the whole TRIBE community to join us for a stunning half marathon finale around the rim of a volcano in the Azores. Followed by massive post-race celebrations.

The Run for Love team will run as a TRIBE, with the aim of raising £250,000 to fight human trafficking and modern slavery. 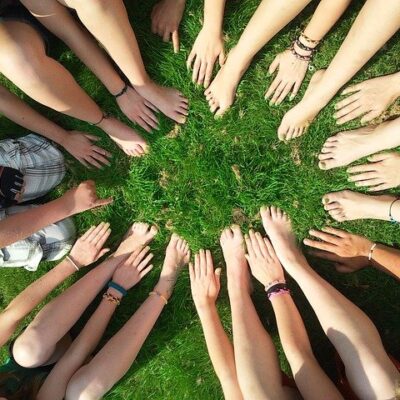 TRIBE Freedom Foundation
Established in March 2017, The TRIBE Freedom Foundation was inspired by a Run for Love. It is the product of two phenomenal transcontinental journeys and the brainchild of the TRIBE community. In 2013, Tom, Guy and Rob completed the first Run for Love – a 1,000 mile run across Europe from Odessa (Ukraine) to Dubrovnik (Croatia) to fight child trafficking. More than 250 runners joined them and together they raised over £250,000 to set up the first home for trafficked children in the UK. The TRIBE community established the Foundation to continue the journey they started in Odessa in 2013; to end modern slavery. An estimated 40.3 million people are living in slavery globally. This means there are 5.4 victims...
More info
Connect with Tribe Run for Love 3