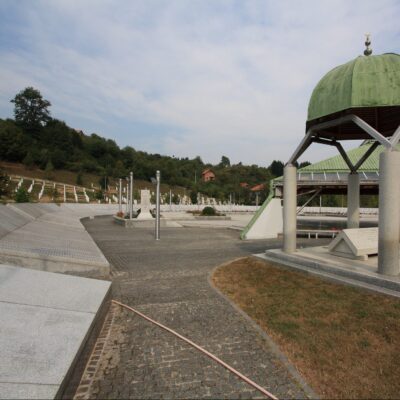 This marathon race was run for the first time by four Croatian veterans in July 2012 and 2013, on a section from the city of Vukovar in Croatia to Srebrenica in Bosnia and Herzegovina.

They started on July 6 in memory of the 8.000 Bosnian Muslim boys and men of the two cities who were killed by the Serbs in 1995, as well as all the civilian victims of the Serbian aggression during the Yugoslav wars.
The four runners have all been wounded during the civil war and are partly disabled by HRVI. They covered 227 km between Vukovar (Ovcara) and Srebrenica (Potocari) in five stages.

Since then, every year on July 6, runners cover the same 227 km route to recall the suffering of Vukovar and Srebrenica, as well as to encourage the resolution of the issue of missing persons. The departure is scheduled for July 6 at 9.00 am from the Memorial Center of Ovčar.

The race is held under the auspices of the President of the Republic of Croatia, Ivo Josipović, and in the organization of the Council of the Bosniak National Minority of the City of Zagreb.

Besides the ultramarathon, a peace march of ca 5000 people takes place in Srebrenica on the 10th of July, the same day that the runners arrive.

The organizer’s intention is to remind all the innocent victims of the Serbian aggression against the Republic of Croatia and Bosnia and Herzegovina, and in particular to pay tribute to the victims of Vukovar and Srebrenica. By linking the two towns of the victims, Vukovar and Srebrenica, they are trying to raise awareness of the importance of remembering and finally resolving the issue of missing persons as the expression of fundamental humanity to all who still know nothing about the destiny of their loved ones.