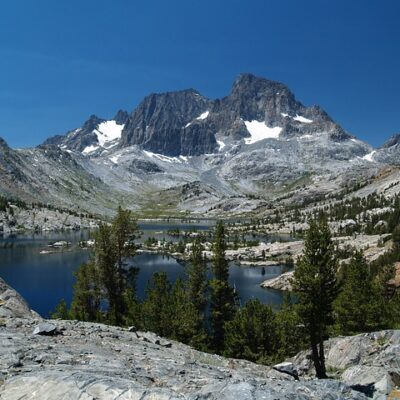 In 2020 Abby Hall went back to the Sierra Nevada mountain range of California to finish what she started in 2016. In her second attempt she succeeded to complete 223 miles of solo, unsupported travel passing through Yosemite, Kings Canyon and Sequoia National Parks! When she attempted the Nüümü Poyo northbound in 2016 she had to give up about 40 miles in, while ascending Glenn Pass, a notoriously difficult section of the trail.

The trail she followed is known as the John Muir Trail, but originally it was called the Nüümü Poyo, or the People’s Trail. To acknowledge and honor the history of Indigenous people, Abby refers to the trail as the Nüümü Poyo. The Nüümü Poyo Trail has been used for centuries by these tribes. Conservation efforts of the 1800s resulted in violent displacement and land dispossession of Indigenous peoples, including the Ahwahnechee, Paiute, Miwok and Mono tribes of the Sierra region.

“As a trail runner I’m really dependent on our public lands,” Abby said. “There’s a natural connection, at first to study how these lands are protected by our government and how we can vote to protect lands, but there’s so much history beyond that.”

“I really encourage others to research the lands that they recreate on,” Abby says.
“It is not lost on me that I’m benefitting from an experience on lands that were violently stolen from the indigenous people who were stewards for the Sierra for centuries before John Muir arrived. I hope to draw attention to this name so that others begin to recognize it interchangeably with the popular JMT label. Let’s popularize researching the lands we recreate on and referring to them by their names.”

“To learn more about the trail, I urge you to drink up the vast amounts of information and resources put out by organizations like Indigenous Women Hike. Their reclamation hike of the trail and sharing of the name that had been passed down through their elders was what inspired me to help spread their message. In particular, I wanted the circles I’m a part of, the trail running and FKT communities, to become more aware that naming and recognition matters. When we go to these places, we are guests.”

IWH has put out a ton of resources I have learned a lot from. When you learn something from information they’ve made available, consider making a donation for the time they’ve spent educating you. I made a number of donations after this trip and thank these organizations for the information they’ve made available to folks like me who had previously been fed a diluted version of history. I’m far from an expert in this topic, but I hope that even simply referring to this experience by its indigenous name is a start in proper recognition. 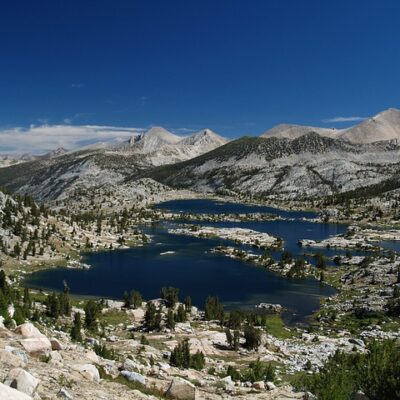 Indigenous Women Hike
Indigenous Women Hike completed two additional journeys in 2019, one on the Nüümü Poyo (John Muir Trail in the Owens Valley on the Eastern side of the Sierra Nevada, California) and another led by local Quechua women in Peru. The California-based organization hosts a gear library to make experiences like these more accessible to more people, and founder Jolie Varela frequently speaks about Indigenous rights and public lands in university classes. She hopes to return to the Nüümü Poyo each year to encourage people to connect with each other, honoring themselves and the land in the tradition of our ancestors. Image by Chuck Dresel
More info
Connect with Unsupported Nüümü Poyo (John Muir Trail) – Abby Hall