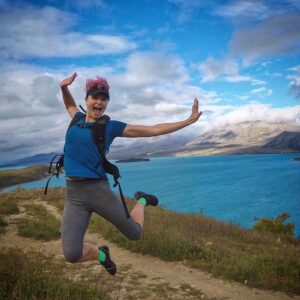 Solo cycled the 50 US states. Ran the length of NZ. Cycling the Andes.

“I am an endurance athlete, adventurer and speaker. I speak at festivals, corporate away days, schools and after dinner events. Topics for talks include:

– Confidence and self-belief
– Overcoming fear of failure
– The ability to ‘choose your attitude’
– The practicality of turning big dreams into reality
– Determination, resilience and perseverance
– The importance of perspective and a positive mindset

Achievements
Once upon a time I represented Great Britain at rowing, but after ‘retiring’ in my mid-twenties, I began darting around the world on the hunt for new and exciting endurance challenges.

In 2013 I cycled a beautiful Pink bicycle 11,000 miles through each and every state of the USA, from Alaska to Hawaii. Pedaling up to 130 miles a day for 6 months, solo and unsupported, she encountered blizzards, floods and temperatures as low as minus 15.

In January 2015 I embarked on a 2,000 mile run along New Zealand’s Te Araroa trail. Traveling alone for 148 days, and running up to 32 miles in a day, I carried all of her belongings in a backpack that was often as heavy at 20kgs. At night, I slept wild in her tent or in backcountry shelters. By June 2015 I had become the first person, male or female, to run the length of the country entirely unsupported.

Much closer to home, I have also spent a month cycling across Europe directed entirely by social media, run the length of Hadrian’s wall dressed as a Roman Soldier, and the length of the Jurassic Coast, dressed as a dinosaur. As you do.

Passionate about the positive impact that adventure and sport can have on the lives of youngsters, outside of speaking duties, I use my human-powered journeys as a platform to inspire and enable kids to get outside, and get exploring. 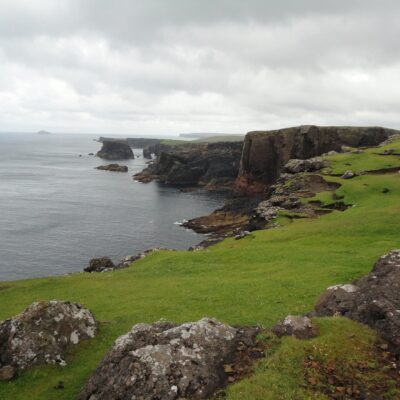 Barefoot Britain: 100 marathons
Jun 2, 2019
Shetlands Islands, UK
Nov 17, 2019
London, UK
After almost 18 months of preparation Anna McNuff set off to run 2,620 miles (100 marathons) through Britain… barefoot and invited people to join her in her enthusiastic, hard-to-resist way: “On the five-month run from The Shetland Islands to London, I’ll weave my way along rugged coastlines, through small villages, across moors, along beaches, over farmland and even pitter-patter down the odd picturesque A-road too. Mmm. Lovely.I’ll also be passing through some of the country’s biggest cities, and a fair ole wodge of suburbia. I’ll be inviting you to run with me, exploring the trails of our national parks, meeting some...
More info 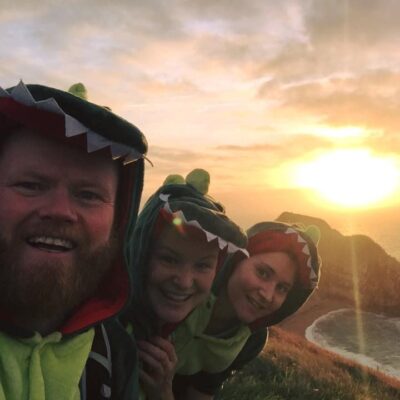 Running the Jurassic Coast - Anna McNuff
Dec 17, 2015
Exmouth, UK
Dec 20, 2015
Old Harry Rocks, UK
In December 2015 Anna McNuff decided to do a 96-mile jog along the Jurassic Coast through the British countryside.She was joined by fellow Roman runner Lydia and star of BBC2 SAS Ultimate Hell Week, Danny Boy Bent, all dressed as a dinosaur.They started at the western gate in Exmouth and ran to Old Harry Rocks at the Eastern end of the Jurassic Coast. The hugely diverse and beautiful landscape is underpinned by incredible geology of global importance. In 2001 it became a World Heritage Site.Rocks across 95 miles of this coastline record 185 million years of history. “These are the days...
More info 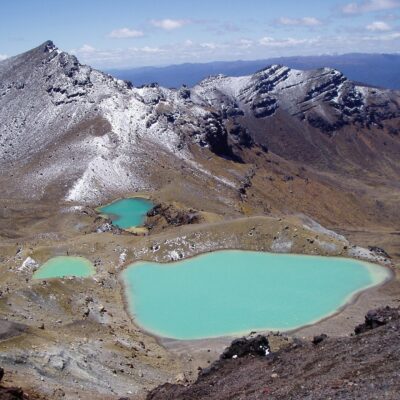 Running the length of New Zealand - Anna McNuff
Jan 12, 2015
Bluff, New Zealand
Jun 8, 2015
Cape Reinga, New Zealand
Anna was never anything like those ‘real’ runners on telly – all spindly limbs, tiny shorts and split times – but when she read about New Zealand’s 3,000-kilometer-long (1,911 miles) Te Araroa Trail, she began to wonder… perhaps being a ‘real’ runner was overrated. Maybe she could just run it anyway?  Traveling alone through New Zealand’s backcountry for 148 days, she scrambled through forests, along ridge-lines, over mountain passes, along beaches and across swollen rivers. Running up to 52 kilometers in a day, she slept wild most nights and was taken into the homes and hearts of the kiwi people...
More info 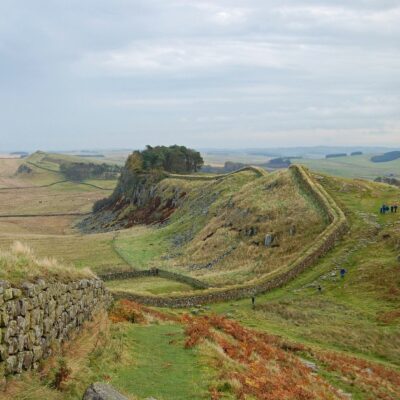 Running Hadrian's Wall - Anna McNuff
Apr 18, 2014
Start Hadrian's Wall
Apr 21, 2014
End Hadrian's Wall
In April 2014 Anna and her friend and history teacher Lydia Birch set out to run 86 miles along the Hadrian’s Wall trail in the North of the UK. They ran dressed as Roman soldiers and went into schools in London afterward to tell kids all about the history of Britain’s oldest wall. Hadrian’s Wall, also called the Roman Wall, Picts’ Wall, or Vallum Hadriani in Latin, was a defensive fortification in the Roman province of Britannia, begun in AD 122 in the reign of the emperor Hadrian.For around three centuries, Hadrian’s Wall was a vibrant, multi-cultured frontier sprawling almost...
More info 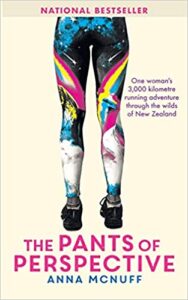 The Pants Of Perspective: One woman's 3,000 kilometre running adventure through the wilds of New Zealand
Anna McNuff
“When I ran, I ran for pleasure. I didn’t run for times, to win, to impress: I ran for me. When I ran my bum cheeks rubbed together, so much so that if I was going on a long run I’d have to ‘lube up’. I maintained that I was not a ‘real’ runner – I just liked to run so that I could eat cake.” Anna was never anything like those ‘real’ runners on telly – all spindly limbs, tiny shorts and split times – but when she read about New Zealand’s 3,000-kilometer-long Te Araroa Trail, she began to...
Book details 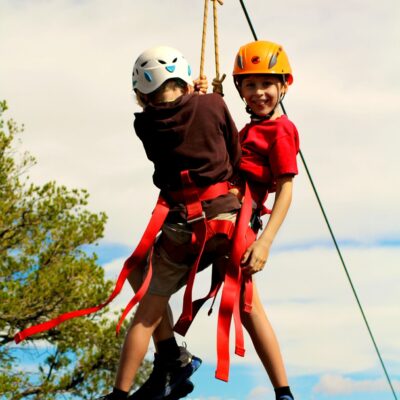 The Outward Bound Trust
Our mission is to inspire young people to defy their limitations so they become strong, resilient and curious, ready for the challenges of life. We partner with schools, colleges, employers and youth groups to teach the most important lesson they could ever learn: to believe in themselves. We never let financial need stand in the way of attendance. Over 80% of attendees receive funding to come on courses. Our goal is to empower all young people to succeed; for themselves, their communities and society.
More info
Connect with Anna McNuff
Facebook Twitter Instagram Strava Link
DISCLAIMER: This website includes affiliate links of products and brands that are recommended by the runners community. It generates a small commission to support Trail Runners Connection if you purchase something through these links at no extra cost to you, without affecting our independence, topics or content.
We focus on products and services that contribute to a healthier, happier planet.