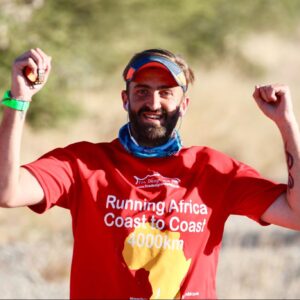 Brendan loved to party but a bet with drinking buddies made him sign up for a marathon. His regrets quickly turned into joy when running gave him purpose and daily focus.

“I lived for the weekends I was a huge clubber and I wasn’t active at all. My life would chaos, I was in debt. I suppose looking backing it was because I didn’t have a focus. I’m not someone who was ever depressed or would feel flat; I would say my personality is very upbeat. But I think it was just because for all through school I didn’t know what I wanted to do. You know, we have all these social pressures and I just didn’t have an outlet. I didn’t have a passion, I didn’t have some sort of direction.
No structured days, getting up late, getting to work, going out in the weekends, it was just all chaos.”

When he started running in 2006 it was a start of structure, discipline, and having a focus. He started feeling awake, enjoyed doing his training before going to work, and faced his lifestyle and debts.
It took him 3 months to run his first half marathon. When he found out that his time was 1 hour 24 he was like “wow, I’m actually quite good at something and it was something that I worked for.” He was immensely proud of it because up to 28 he didn’t really have anything as such because before he felt he was always messing around.

At age 36 Brendan was diagnosed with dyslexia, which is exacerbated by his ADHD in terms of changing direction of what he’s thinking. And running is the one thing he doesn’t get bored of that he can focus on, almost like a superpower and hyperfocus. It’s why he likes big challenges like his Africa Run.

“Where my mind can’t concentrate on so many things, running is just completely you’re living in that moment. You’re not thinking about tomorrow or this morning, you’re completely listening, you know, feeling your breathing, the sweat running down your face. It is almost like mindfulness to another level, especially in a world where everything is so crazy and everyone is so stressed, and everything is so fast, it kind of just strips it right back and you just go Aahh I’m free, this is what it’s about.”

After running the length of Malawi in 27 days, he covered 962 miles in the UK, from John O’Groats to Lands End, to give orphans in Malawi a safe future.  In 2018 he ran 2500+miles from Namibia to Mozambique to build a boy’s hostel for the charity.
Now he’s preparing for a new and even bigger challenge, to run from Cairo to Capetown, so stay tuned!

Running for Chester Zoo - Brendan Rendall
Jun 3, 2020
Manchester, UK
Jan 2, 2021
Chester, UK
“So here we go again, another lockdown.With Winter upon us and another lockdown, I have decided to take on another running challenge to help Chester Zoo. I want to bring a smile to Salford and Manchester at the same make a difference, it will certainly be a tough winter for many and I hope this challenge will bring a little joy! This time around it will be dark mornings and dark early – I am back in the classroom so I’ll be fitting the runs around work. Challenge Part 1 ( Raised £12,249 )Every day in June run the half...
More info 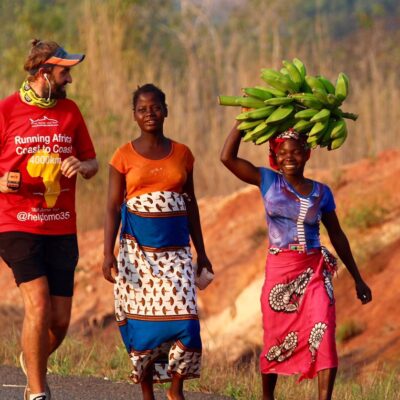 Running Africa - Brendan Rendall
Jun 3, 2018
Namibia
Aug 26, 2018
Mozambique
Coast-to-coast: Namibia to Mozambique 4000 Km “With this Africa run I would say about halfway I started to just feel I wasgetting fitter and fitter, but obviously with these challenges the physical and how much you really want it: to get up every day to cover almost a marathon in 35-degree heat, your feet are blistered, you’re witnessing extreme poverty, you’re sleeping in a tent.” Nutrition and hydration“One of the hardest things was finishing in the heat. The water that had been in the truck was warm, and having the same sort of dish day-in day-out is really tough, so eating became...
More info 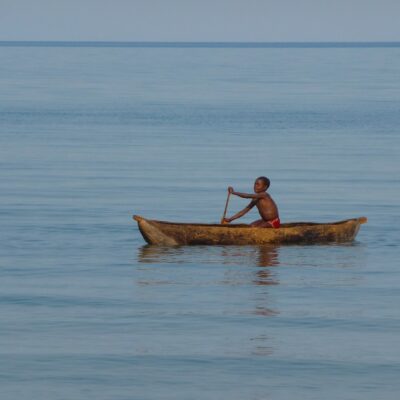 Running Malawi - Brendan Rendall
Jun 29, 2016
Chitipa, Malawi
Jul 25, 2016
Marka, Malawi
By running the distance of 27 marathons in 27 days Brendan Rendall completed his challenge of covering the full length of Malawi on 25th July 2016. “The aim of the run was to explore one of my favorite countries in the world but also to raise money for the charity FOMO, enabling them to build a science, agriculture, and art block for their secondary school. This is a thank you to the children that first inspired me back in 2009, Brendan explains.” “On June 29th I set of from Chitipa, North West Malawi, 27 days later and 708 miles covered, I ran...
More info 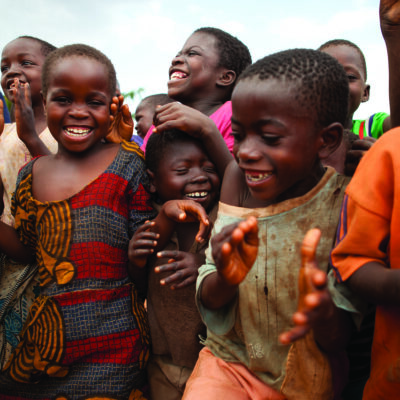 Friends of Mulanje Orphans (FOMO)
Friends of Mulanje Orphans (FOMO) is a community based orphan care programme supporting over 3,500 children through a network of 14 centres in Mulanje district of Malawi. FOMO covers all aspects of the children’s welfare including health through our outreach clinic, formal and informal education, food security and production. The programme also covers pre-school, out of school activities and further learning through our playschools, computer, driving and tailoring schools. The programme also covers the provision of school materials, personal items (Soap, clothes, blankets, and mosquito nets) and community much more.The programme is run by a very small staff with over 150 local volunteers and support workers; our funds are raised by a small, but resourceful volunteer committee in the UK. FOMO provides direct aid and reaches...
More info
Image by Rob McConaghy
Connect with Brendan Rendall
Facebook Twitter Instagram Strava Link
DISCLAIMER: This website includes affiliate links of products and brands that are recommended by the runners community. It generates a small commission to support Trail Runners Connection if you purchase something through these links at no extra cost to you, without affecting our independence, topics or content.
We focus on products and services that contribute to a healthier, happier planet.