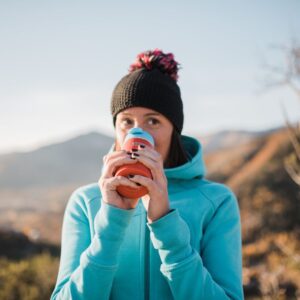 In a nut shell encounter EPIC adventures daily and inspire people to get out the door and push for ultimate health and fitness as a means to have a fitter planet and fight off cancer and other disease.

Jax Mariash is the first woman in the world to complete the 4 Deserts Race Series Grand Slam Plus. In addition, she was crowned the 2016 4 Deserts Female World Champion. Previously, Mariash chose to do a run mission to run 365 days in a row to create awareness for cancer research and inspire people to move their bodies to prevent disease.

Mariash is a runner, adventure seeker, entrepreneur, lover, dreamer and doer. You could say she is one of those girls that doesn’t really sit still because she loves life so much and all that it has to offer that I just have to enjoy every single bit 24/7.

Mariash is an inspiration to athletes, entrepreneurs and women to push the envelope and follow your dreams. Her largest dream is to inspire the masses to get outside and explore, and to live life to the fullest. Life is so short and you just have to get after it and live it! She is one that has a dream and just goes after it.

Jax was the first woman in the world to complete the 4 Deserts Race Series Grand Slam Plus. In addition she was crowned the 2016 4 Deserts Female World Champion. Jax additionally did this in honor of the LymeLight Foundation and has raised just under $18k for the charity.

Jax also ran 365 days in a row in a self-created 365 run mission to benefit cancer research and promote America to get fit!

Coaching
one of the greatest gifts of all in life is the ability to give back. One of my passions is to take all of the experience I have in pushing to live my best life and to pass it on. I love to help other athletes pursue their passions in running and in life as a whole. I love to inspire the masses to get outside and explore. Coaching creates that joy.
Expertise: Stage racing – ultra marathons – road racing

Jax is also an entrepreneur and founded Stoked Roasters in Park City, a premium coffee brand to kick start your day in a positive way.
“Our roasts are packed with good vibes, by awesome people, who love to be outside as much as you do. So go ahead and send it…we’ve got your back. Meet the day and be STOKED!
At STOKED, we are passionate about 100% organic premium roasts to brew up your favorite beverage any way you choose.”

UPDATE GOALS 2019: 2019 has been put on hold.
Jax must undergo foot surgery on both feet and hopes to heal as quickly as possible.

“Instead of starting stage 2 of The Track, I watched the lead pack run into the sunrise. For now, my running career will be put on hold. Check out the story below. I will share as much as feels comfortable as I begin the road through surgery and on to recovery to run again…

As of today, I will be withdrawing from my season to plan an extensive bunion and hammertoe surgery on both feet. The story of this decision is below. I will use this journal to shine some positive light on the situation and to inspire people still through a temporary withdrawal, foot surgery, and recovery.

So for now, this is the letter that went to friends, family and sponsors after withdrawing from The Track at my attempt for the 6th continent win.

My foot issue went all of the way until the day before the Track Ultra (522k self-supported race in Australia) when I was still cutting apart orthotics in my hotel room to try to relieve the pain to make it through. It was my last option left on the table before surgery was the answer. My mind was strong and as always my spirits were beyond hopeful.

In any athlete’s career, there is a stopping point that happens. Sometimes forced and sometimes it is volunteered. This is not by any means my end, but this is a serious time to take a step back and look at the human body that I have been given and more than anything give my feet thanks and love for all of the steps, world championships, historical feats and achievements I have done on deformed feet. As Basit stated, The doctor was in awe that I had completed all of the running accomplishments to date with them, let alone just walking day to day. The emotional struggle to stop is like a massive mountain. Knowing you are on one side and you wish and dream every day for a miracle and for the pain to go away and instantly get to run again. But life doesn’t work like that. You must first make the decision that it is finally time to heal and start the climb up the surgical mountain, recover and come down the other side smiling at the ability to adventure in life in all forms without pain. It is hard to cycle into a new identity after running since I was 5 years old and accept a new reality when I do not know yet when those next steps will take place and it could be a full year away. But boy will I love every part of them and as they say some athletes come back from injury even stronger.

For a little history, I was born and grew up with bunions. As life has gone on and with 39 years of steps, the bunions become more severe over time. Some less severe cases can be fine for life, but I am not so lucky. The left bunion is at a severe deformity of 17 degrees creating a more complex and invasive surgery ahead and currently causing more pain. The right bunion is at 12 degrees that will involve a more normal bunion surgery and less pain daily currently. The bunions now are creating an issue where the big toe is pushing on the 2nd toe that then creates a hammer toe. Thus, it will also involve hammer toe surgery on both feet. When hammer toe happens, the metatarsal joint pushes out under your foot farther out then the rest of the bones. This then creates a situation where all of my weight and impact in every step is first taken on that joint and bone for each foot vs the entire front of the foot. It feels like running with a rock in the bottom of your shoe or a razor blade over and over. This is called capsulitis of the second toe. It has also gotten worse and now sends pain through all of my nerves in the front of my feet as I move. Arthritis is starting to form in the bunion joints on both feet due to the ware and the bunion will progress it. There are bone spurs on the external side of each bunion as well. Waking up involves pain due to scare tissue. Running for a few years now has been some level of pain each time but I had gotten used to a pain level of 2-8 over the past three years that I just dealt with. Unfortunately, it has rapidly increased over the past 3 months and the limit is here and at this point, running past 2 miles on rugged terrain with a 20lb pack on my back over a mountain range were the final steps that my feet will take in my running career in this condition. And, of course I still ran the entire 18 mile journey that day due to limited check points over rocky terrain as I was screaming and profusely crying in pain and agony the entire time. There must be a stopping point where self-love and love for your body is of utmost concern vs breaking a world record. In the end, this just becomes another chapter in my book and it is the only call now to move forward to get them fixed.

I dream of a day to run pain-free and the path starts now with finding the best foot surgeon we can to work on my feet that understands professional runners and that the surgical path is at a goal to run an adventure again. The recovery is relentless and long and up to 6 months per foot. We will dig in and research how long it takes for each exactly, and the pros and cons of doing both at once. I dream of catching my last running goals, writing my book, motivational speaking and at the root continuing to inspire the masses to get outside. Until we sort through this, the running portion will be at the sideline and I ask for your support during this time. As of today, the entire race schedule will be wiped and until we understand the length of recovery, it will stay that way. This makes me cry to type but it is where I am at and the last 2.5 days waiting for an evacuation have been highly emotional facing this truth.

For now, we will begin our research with the intent to operate as soon as possible. I will stay active in ways that do not hurt and allow folks to see that journey as much as feels comfortable.

I will be staying off the grid for a while longer as the emotional processing of this decision has been crushing and monumental and only time can heal it and only time can prepare me for the future ahead and part of that is finding a plan and a path forward while surrounded by those I love.

Thank you all for your support in various ways in my running career since I was 5 y/o. I appreciate all of you.

This isn’t the end. It is positively reforming a new beginning and for whatever reason the universe decided I need the final straw to be running on my 7th continent. I will be back.

And as a plus, I can now say those two feet ran on every continent in the world.” 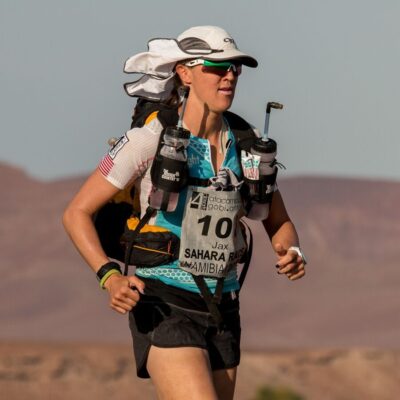 Seven Continents Challenge Jax Mariash
Feb 14, 2016
Sri Lanka
Uluru, Australia
Jax aims to become the 1st woman to win a stage race on each continent as a way to inspire people to get active and outside.  She has been a runner since she was 5 years old. After her duathlon and triathlon career she came back to running and found her passion in multiday races. Jax is known as “The Queen of the Desert” and one of the top-ranked and most decorated females in self-supported stage racing in the World. She was the first woman in the world to complete the 4 Deserts Race Series Grand Slam Plus. The 4 Deserts...
More info 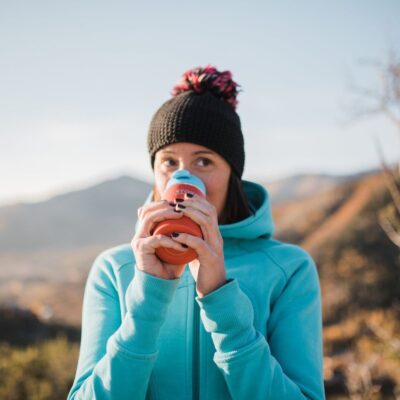