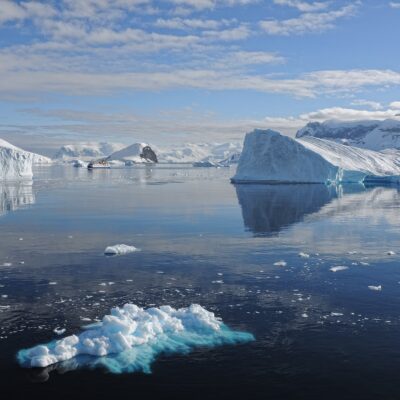 Richard Donovan introduced the World Marathon Challenge in 2015; 9 men and 1 woman took the challenge to run 7 Marathons on 7 continents within 7 days. They all finished within the max of 8 hours per race, but Donovan still holds the World Record.

The World Marathon Challenge is an amazing logistical and physical challenge to run 7 marathons on 7 continents in 7 days, or 168 hours. On February 6th 2022, the first marathon is scheduled to begin at Novo (Antarctica) and is followed by marathons in Cape Town (Africa), Perth (Australia), Dubai (Asia), Madrid (Europe), Fortaleza (South America) and Miami (North America).

There are both individual and team competitions. The team title is decided by the fastest combined marathon times of the top three runners on each team, but the team must have at least one male AND one female runner amongst the scoring three. Team members are also ranked in the individual competition.

Participants will cover 295 km (183 miles) in 7 days.
The 59 hours of flying will be used to refuel and sleep a bit between races.
Carbon emissions from the flights will be offset by the organizers via a payment to CarbonFund.org.
Runners with the fastest combined or average marathon times win and will be recognized as a world record by the Book of Alternative Records.

The World Marathon Challenge is the only annual event that delivers the opportunity to run 7 marathons on 7 continents in 7 days.

In 2012, Race Director Richard Donovan set the current record for running marathons on all seven continents when completing a solo world marathon challenge in 4 days 22 hours 3 minutes.
He improved his own 2009 World Record.

Richard introduced the World Marathon Challenge in 2015; 9 men and 1 woman took the challenge to run 7 Marathons on 7 continents within 7 days. They all finished within the max of 8 hours per race, but Donovan still holds the World Record.

Mindset
When Becca Pizzi prepared for the World Marathon Challenge in 2016, she was a single mom, working seven days a week and training running groups as well. She nevertheless found time to run up to 30 hours a week.
When Pizzi heard about the Challenge in January 2015, she set her mind to it.
She saved the entree fee (EUR 36,000 in 2016, now EUR 42,000) from her two jobs to cover the costs of the Challenge and did all the training needed to survive this journey through the coldest and hottest places on earth.

Making the most of life
Ovarian cancer survivor Heather Hawkins also trained for this race of a lifetime.
Her diagnosis in 2007 took her totally by surprise.
After recovery she decided to make the most of life and enjoy courageous adventures.
She took up running and loves exploring the world.

American marathoner and ultra-marathoner Michael Wardian was the winner of the 2017 race, which took place January 16-30. Michael has set world records from a 200m track race to a 50K on a treadmill. In 2016 he ran the fastest average time ever of 2:31:09 for all the Abbott World Marathon Majors, which include the Tokyo Marathon, Boston Marathon, London Marathon, Berlin Marathon, Chicago Marathon and New York Marathon.

“… I think it will be inspiring and something that people can kind of relate to, at least from the point of view of the interest in running in some of the most iconic cities and some of the best marathons in the world.”
Although Michael has several sponsors like Hoka One One, Vitargo, Nathan Sports, Compressport, Injinji, Julbo and UVU, running and traveling around the world is expensive and challenging. Getting in enough sleep, packing light, eating healthy and catching flights are some of the challenges Wardian regularly has to meet.

“Getting your passport stamped, making sure you have the right visa, making sure you fill out the customs forms. Figuring out where the bathroom is. Being confined to a small space,” He listed. “Also, running a marathon then jumping on a plane, so your feet swell up.”
“You just get off the plane, and you start running. You have like two hours to clear customs, change into your running kit — sometimes change in the airport — then you go run, then get back on the plane. I thought I’d have time to work and get food and stuff. None of that. It really was all-encompassing. It took every ounce of energy just to be ready to go the next day.”
Sinead Kane from Ireland was the first blind female to complete the World Marathon Challenge in 2017.

Running to raise funds
Another big name in the World Marathon Challenge this year was Ryan Hall, American record holder for the fastest marathon at 2:04:58, who retired from elite running last year. Hall struggled with fatigue during the last years of his career, but after taking it slow for the last few months, he feels re-balanced again.
Although not being very well prepared and in the best shape of life, he accepted an invitation to run the challenge to raise funds for The Dream Center, a non-profit care center in downtown Los Angeles, and he managed to finish all 7 marathons.
Of the nine female participants in the 2017 race, Silvana Camelio of Chile was the winner with an average of 4:12:37 per marathon.

BethAnn Telford from the USA, was running with brain cancer, and reportedly raised over $1 million for the foundation ABC2 (Accelerate Brain Cancer Cure).
Telford completed the race but she’s not done yet: “My finish line isn’t sitting at the end of the line of this big, epic event. My finish line is when someone announces there is a cure,” she said.

Don’t give up…Don’t ever give up!
Tim Durbin was one of ten participants and finishers of the first World Marathon Challenge in 2015.
“The overall winner weighed 270-plus pounds 20 years ago. He is now a sub-3-hour marathoner,” says Durbin.
“The guy who finished second had a non-cancerous brain tumor removed less than 18 months ago.
Another competitor hasn’t had a drink in 17 years and raised over $200,000 to support MS, which his wife was diagnosed with.
Meeting these types of people inspire me that anything is possible.”
Tim is on his way to running 24.901 miles around the globe within 10 years.
With his runs he raises money to support the V Foundation with their cancer research.
Inspired by the final speech of Jim Valvano, founder of the V Foundation, Tim’s motto “Don’t give up…Don’t ever give up!” keeps him going. 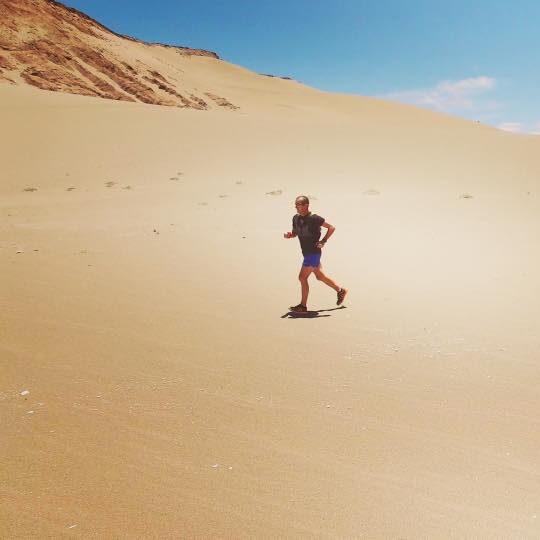