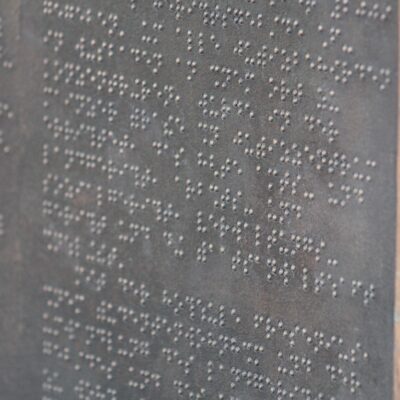 World Braille Day celebrates the importance of Braille as a medium of communication for people who are blind and partially sighted on the Birthday of Louis Braille.
Louis Braille was born on 04 January 1809 in France. In 1829 he published his method of writing words, music, and plain song by means of dots, for use by the blind and arranged by them.

Braille is a tactile way of writing that’s used by people who have sight impairments. It’s a special code made from six raised dots on a grid. There are 63 different combinations of these dots, which means braille can be translated into different languages. Those who are visually impaired can read these dots using their fingertips to feel the patterns.
It wasn’t until 1854 that the Braille system became more widely used.