Jason has been coaching several athletes to high levels, including Dean Karnazes for his Endurance 50, and Jason is an accomplished runner himself. Jason’s coaching journey started when he was a teenager. He joined Carmichael Training Systems in 2001 to coach athletes of all types and abilities. Jason works with some of the best ultramarathon runners in the world including Timothy Olson, Dakota Jones, Alex Varner, Dylan Bowman, Jen Benna, Kaci Lickteig and Larisa Dannis.

Ultramarathons are not just longer marathons, and you can’t train for them by simply doing more running. Ultrarunning presents unique training and nutrition challenges and requires a totally new approach to preparation. Jason has based his proven program and guidance on sound sports science, the most current research, and years of experience, and he has coached the sport’s star runners to podium performances.

In 2006 he traveled around the United States coaching and supporting Dean Karnazes as the “Ultramarathon Man” ran 50 marathons in 50 states in 50 days. Karnazes again tapped Koop’s expertise in 2011 for “Regis and Kelly’s Run Across America with Dean Karnazes,” a nearly 3,000-mile cross-country run.

His training approach includes all aspects of life and for him coaching is a two-way street, where he gets inspired as much by his athletes as the other way around.
When he’s not coaching he’s running, cycling, camping or fishing somewhere. 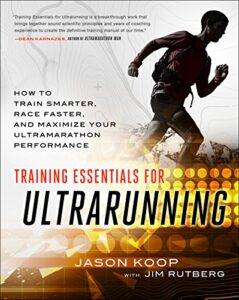 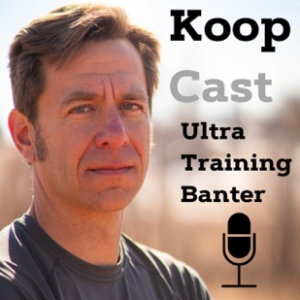 Koop Cast
Jason Koop
Jason Koop launched the Koopcast by the end of 2019, “chunking the ultrarunning knowledge bombs” in an informative and entertaining way. He shares his unbiased, science-based coaching insights with the variety of guests who join his weekly show and give their own perspectives on running, coaching, nutrition, races and developments in the running world.
Listen 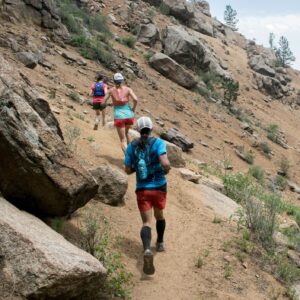 CTS Coaching
Chris Carmichael
CTS originated 20 years ago with the simple idea that all athletes deserve great coaching. At the time, the endurance coaching industry was in its infancy, and CTS Founder Chris Carmichael became a driving force in the professionalization of personal coaching. Head Coach CTS Ultrarunning Jason Koop’s life revolves around sport and the outdoors:“I began coaching youth track and field when I was a teenager, and ever since then I have been hooked on making athletes perform at their best.” His training approach includes all aspects of life and for him coaching is a two-way street, where he gets inspired as much by his athletes as the other way around. He also pays attention to runners’ responsibility to take care...
Coaching details
Connect with Jason Koop
Facebook Twitter Instagram Strava Link
DISCLAIMER: This website includes affiliate links of products and brands that are recommended by the runners community. It generates a small commission to support Trail Runners Connection if you purchase something through these links at no extra cost to you, without affecting our independence, topics or content.
We focus on products and services that contribute to a healthier, happier planet.